Voting is going on in 30 seats in the first phase of the West Bengal assembly elections.

Voting is going on in 30 seats in the first phase of the West Bengal assembly elections. Meanwhile, news of violence is coming from many places. An FIR has been lodged at Purulia Sadar police station in Purulia assembly constituency alleging threats against Trinamool Congress candidate Sujay Banerjee. BJP worker Deepak Vaudi has filed this case. Till 3 pm, 70.70 percent voting was held. Meanwhile, the BJP delegation led by Kailash Vijayvargiya has met the Election Commission. The BJP complained about violence in place and obstructing the voters in the elections. Earlier, TMC complained to the Election Commission about the mess in the voting percentage.

Let us know that the voting started at 7:00 am and will run till 6:30 pm. The election is being held, ensuring compliance with corona regulations. In view of this, the voting time has been extended. Voting is being held for 30 assembly seats in five districts of the state - Purulia, Bankura, Jhargram, East and West Medinipur. Seven of these constituencies have been declared sensitive. A total of 191 candidates are in the fray. These include 29-29 from Trinamool and BJP, 18 from CPI-M, 11 from BSP, four from CPI, six from Congress, two from Forward Block, one from RSP, 48 and 43 Independents from other parties. Of these, 11 are reserved seats. Four are reserved for Scheduled Castes and seven for Scheduled Tribes.

BJP's national general secretary and Bengal in-charge Kailash Vijayvargiya has claimed to have voted peacefully at 90 per cent booths in the first phase. He said that if all the goons and miscreants had been arrested before the election, 100 percent booths would have been voted without any disturbance. 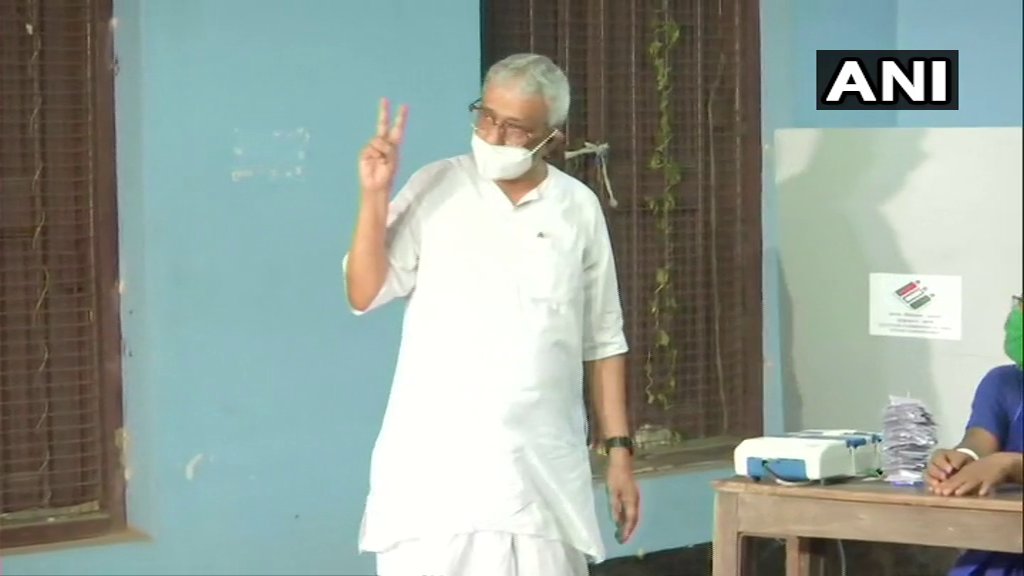 The car of Soumendu Adhikari, a BJP leader and brother of Suvendu Adhikari, was attacked in Kanthi. The vehicle has been vandalized and the driver is said to have been injured. Suvendu Adhikari has alleged that the attack took place with the help of TMC Block President Ram Govind Das. He has informed that Soumendu has not been hurt. The driver is beaten up. Police has been informed about this. Soumendu said that polling was going on at three polling stations led by TMC block president Ram Govind Das and his wife. My arrival here created problems for them. So they attacked my car and beat my driver.

Mamata is accused of a leader close to Suvendu

Close to BJP candidate Suvendu Adhikari and BJP district vice-president Pralay Paul against Chief Minister Mamata Banerjee from Nandigram seat, the allegation is that the Chief Minister called her and asked her to cooperate with TMC. Pralaya says that he told Mamata Banerjee that he was humiliated in TMC and he cannot betray this new family and BJP.

Minister of Women and Child Welfare in the Mamta government, Shashi Panja, has alleged that BJP workers are intimidating voters at booths. Poles and fangs are frightened by weapons. He has demanded the Election Commission to take cognizance of this.

According to the Election Commission, in the first phase of West Bengal assembly elections, polling has been 40.73 percent till 1 pm.

A delegation of 10 Trinamool MPs complained to the Election Commission

Amid the voting, a round of tremendous accusations and counter-allegations between the ruling Trinamool Congress and the BJP continues. Meanwhile, the ruling Trinamool Congress (TMC) has complained to the Election Commission about the disturbances in the voting percentage. TMC has written a written complaint to the Election Commission about the sudden reduction in polling percentage at some polling stations. A delegation of 10 MPs led by TMC parliamentary party leader Sudeep Bandyopadhyay and Rajya Sabha member Derek O'Brien met officials of the state Chief Electoral Officer (CEO) office in Kolkata at around 12 noon. 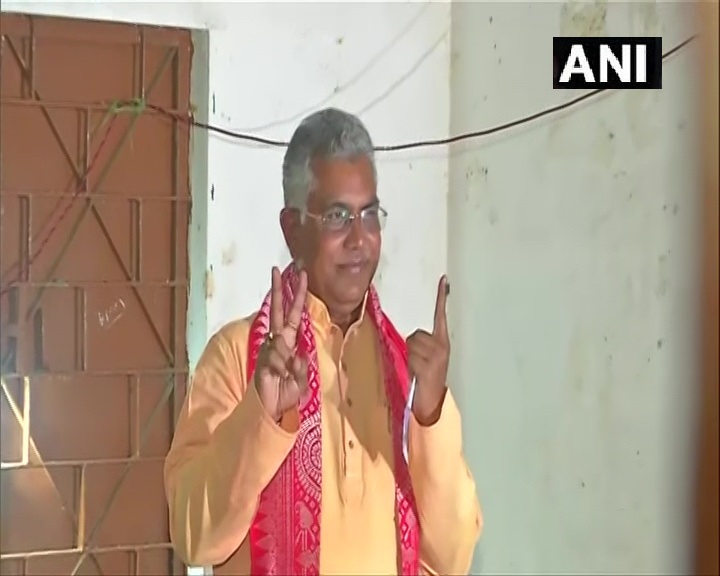 According to the Election Commission, in the first phase of the West Bengal assembly elections, till 11 am, 24.61 percent polling has been held.

Sensation over the body of a BJP worker in western Medinipur

The body of a BJP worker was recovered from the premises of his house in Begumpur area of ​​Kesariari in West Medinipur on Saturday morning. The BJP has accused the Trinamool supporters of murder. The Trinamool, on the other hand, has denied being involved in this incident. The Election Commission summoned a report from the district administration on this incident. In Salboni, CPI (M) candidate Sushant Ghosh's car was attacked. Four people have been arrested in the case. Apart from this, BJP workers have been accused of beating the Trinamool workers in Purulia Sadar. Five TMC workers are said to be injured. There are reports of attacks on BJP workers in Purulia and South Kanthi. Two BJP workers have been injured in this.

- East Medinipur: Two security personnel were injured in a shootout in Satsatmal of Bhagwanpur assembly constituency this morning before the first phase of voting in West Bengal. BJP district president Anoop Chakraborty alleged that people associated with TMC are trying to terrorize people in Argola Panchayat area.

According to the Election Commission, in the first phase of the West Bengal assembly elections, by 7.00 am, 7.72 percent voting has taken place.

According to Soumendu Adhikari, brother of BJP leader and Suvendu Adhikari, voters at booth number 149 are being influenced and prevented from voting. Overall, the voting is taking place in a peaceful manner. In some places there have been reports of malfunction in EVMs. This happens in all elections. The Election Commission is looking into it.

- BJP candidate from West Medinipur Samit Das said that polling is going on smoothly in Medinipur city. But, TMC activists are trying to create unrest in some places in rural areas. Booth no. 7-8 TMC activists on 266 and 267 entered the booth to impress the voters. We have complained to the Election Commission.

- The clash was reported between the Trinamool Congress and the BJP candidate at the polling station located at Kurkutaya School in Rani Dam assembly constituency in Bankura. 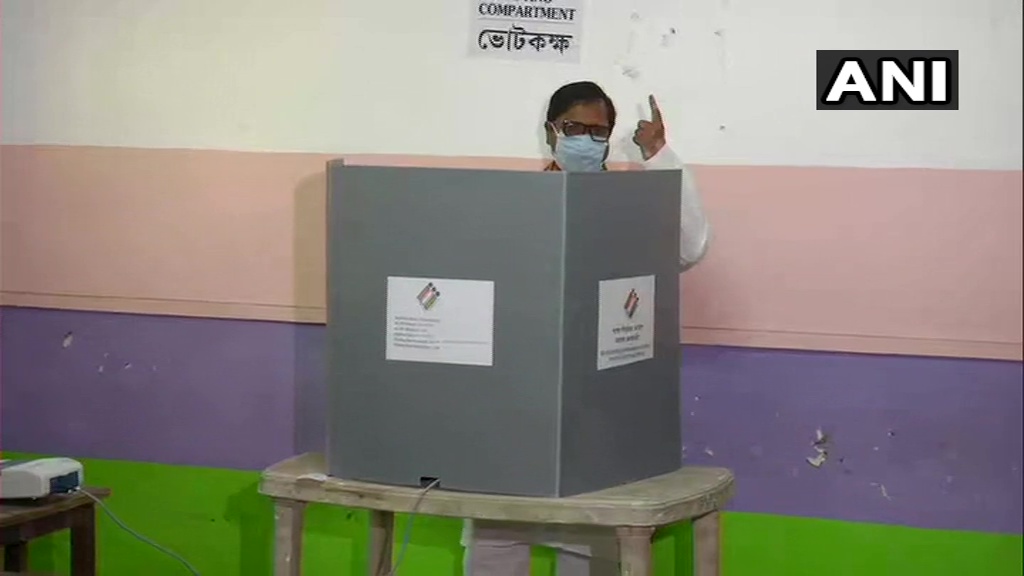 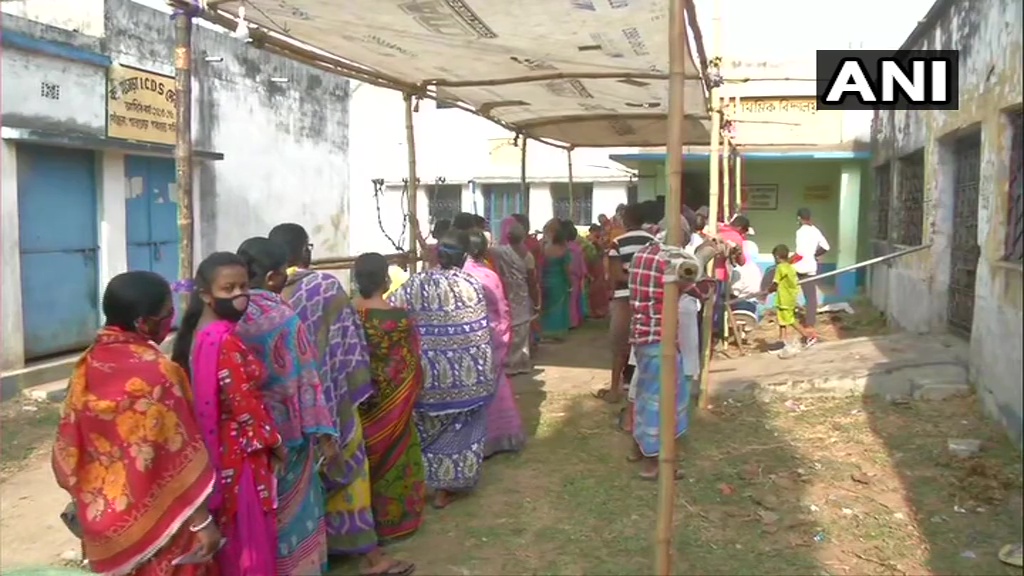 - The news of EVM malfunction in booth number 196 of Purulia JK College is being received.

- West Bengal: Polls are going on for the first phase of the assembly elections in Purulia. Thermal screening of people coming to the polling station is also being done. 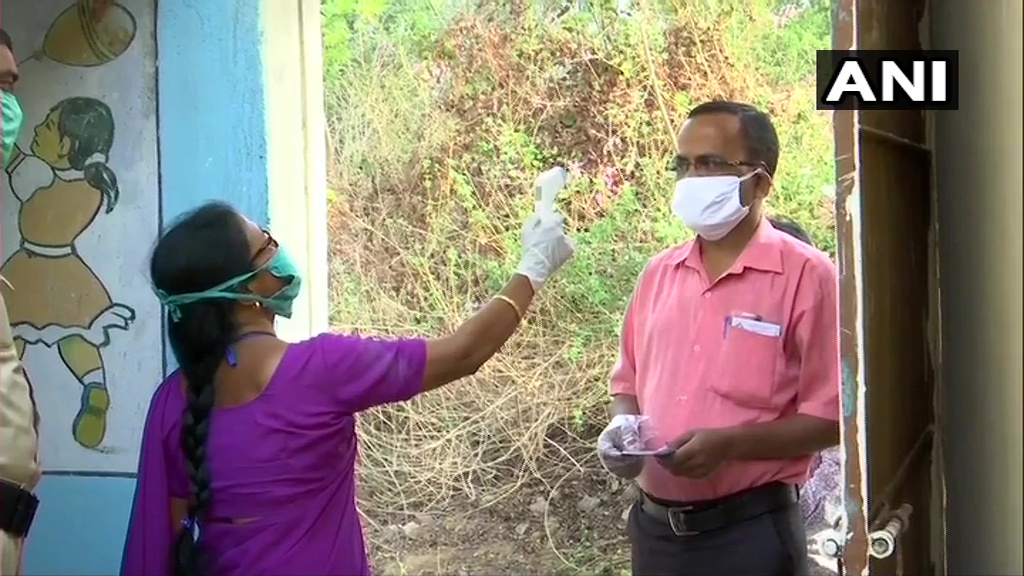 - EVM of booth community hall number 182 in ward number 11 of Purulia municipality is bad. EVM malfunction in booth no 183 of Gandhi Vidyalaya of Purulia Municipality. EVM bad at booth number 131 / A of Kasturba Girls School.

- West Bengal: Voting is going on for the first phase of the assembly elections in East Medinipur district. 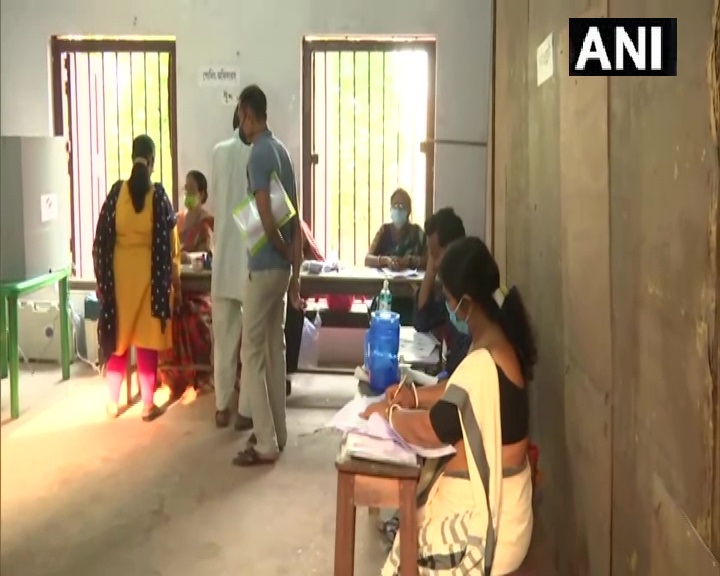 Maoists blew vehicle of election workers in Purulia before election

Adequate security arrangements have been made for the election. But the electoral violence in the state is not taking its name to a standstill. In Bandwan in Purulia district on Friday night, the Maoists set the election workers' vehicle ablaze. This caused the vehicle to burn completely. According to the information received from the police, the two Maoists sprayed chemicals and set them on fire by unloading the poll personnel at the polling booth. Police say that two Maoists set fire to the vehicle when the vehicle was leaving, covering the face from the forest. Police is searching for the accused. Let us tell that Bandwan is a Maoism affected area. The first phase of polling is held in Purulia on Saturday.

Strong security arrangements have been made in the five districts in view of the first phase of voting. 684 companies of central force are deployed. Purulia has the highest number of 185 companies, 144 in Jhargram, 148 in East Medinipur, 124 in West Medinipur and 83 in Bankura. A total of 10,288 polling booths have been set up in the first phase. Purulia district has the highest number of polling booths at 3,127. Apart from this, there are 2,437 booths in East Medinipur and 2,089 in West Medinipur. There are 1,328 polling booths in Bankura and 1307 in Jhargram.

170 men and 21 women out of total candidates

There are 170 men and 21 women among the total candidates. Of these, 48 have criminal cases against them. Of the 191 candidates, 10 millionaires and two have total assets of only 500-500 rupees. 96 candidates are just fifth to 12th pass, while 92 are graduates and above with educational qualification. A total of 73,80,942 voters will decide their political fate. There are 37,52,938 male and 36,27,949 female voters out of which there are 55 voters in third gender. There are also three overseas Indian voters. There are also 11,767 service voters separately.

Voting in eight phases on 294 seats

Voting on these seats

These are hot seats

The candidates discussed in the first phase