Elections are being held for the 126-member assembly in three phases in Assam. 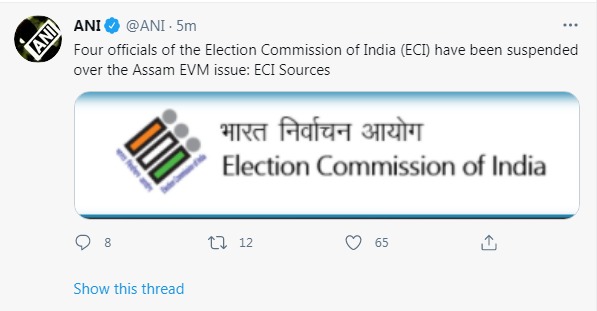 The Election Commission has released a factual report on the EVM-related incident in Assam. The Election Commission report states that the Polling Party 149-Indira MV School of LAC 1 Ratabari (SC) had an accident on the way. The polling party consisted of a presiding officer and 3 polling personnel. He was accompanied by police personnel comprising a constable and a home guard. 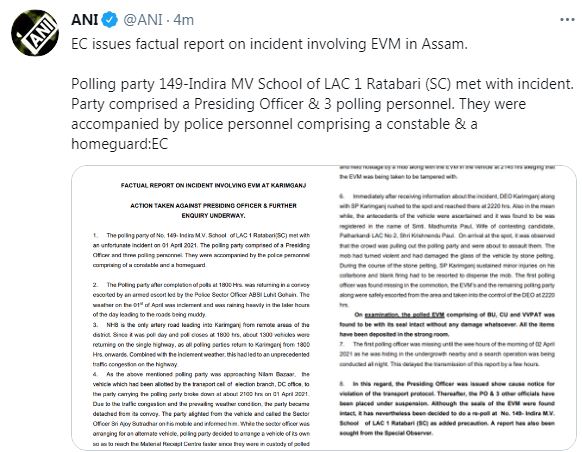 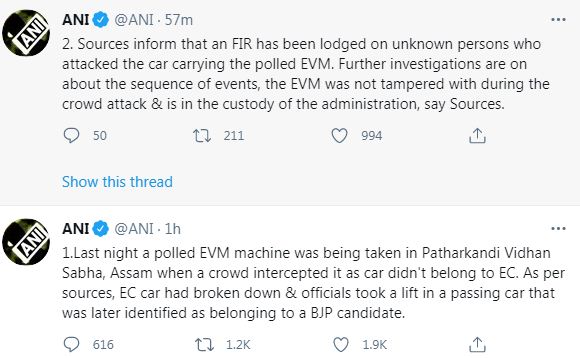 How did the matter come to light?

Voting was held on April 1 in the second phase of the Patharkandi seat of Assam Assembly Election 2021. After this voting, the EVM case came up in Assam. After voting, BJP candidate Krishnendu Paul from Pathrakhandi got into trouble. The Congress accused them of getting EVMs from their car and sought an answer from the Election Commission on the matter. It was told that this EVM was found in the BJP candidate's car after voting. Congress leader Saral Patel gave information about this in a tweet and said that EVM was found in Krishnendu Paul's car. He said that the Election Commission should explain why and how the EVMs are in their car. This matter should be investigated. The second phase of the Assam Assembly elections saw a turnout of 77.21 percent on Thursday. In the second phase, voters exercised their franchise at 10,592 polling stations in 13 districts.