Live: The process of handing over Mukhtar Ansari in the final round, UP Police team will leave from Rupnagar Jail shortly.

UP Bahubali leader Mukhtar Ansari will be handed over to Uttar Pradesh Police team from Rupnagar Jail in a short time today.

UP Police team has reached Rupnagar (Ropar) jail to take Bahubali leader Mukhtar Ansari of Uttar Pradesh. The process of delivery to Mukhtar Ansari has started. Karbi has been running this process for an hour and now within a short time, the jail administration will hand over Mukhtar Ansari to the Banda Police team of UP. After this, the UP Police team will leave for Banda with the help of Mukhtar. There is a plan to take Mukhtar in an ambulance with a long convoy of UP police vehicles. The SSP of Rupnagar, Dr. Akhil Chaudhary, took stock of the arrangements outside the district jail so that the convoy of the UP Police does not face any problem. 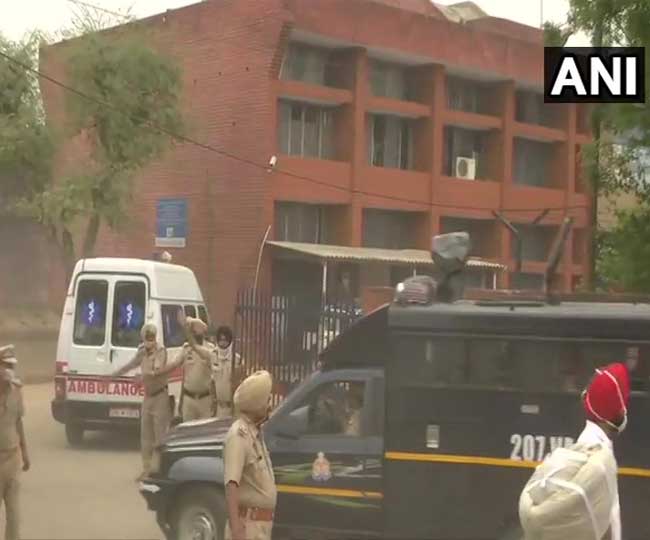 From here, Mukhtar will be taken to Banda Jail in UP. Earlier, the Banda Police team reached Rupnagar around 4.10 am today. The ambulance in which Mukhtar Ansari will be taken to Banda Jail in Uttar Pradesh. Earlier, the UP Police team reached the police line of Ropar. There is a gathering of media personnel around the jail. When media personnel was removed from the prison gate, some TV channel media personnel climbed onto the roof of the surrounding houses to show the inside of the prison. The police also removed them from there. 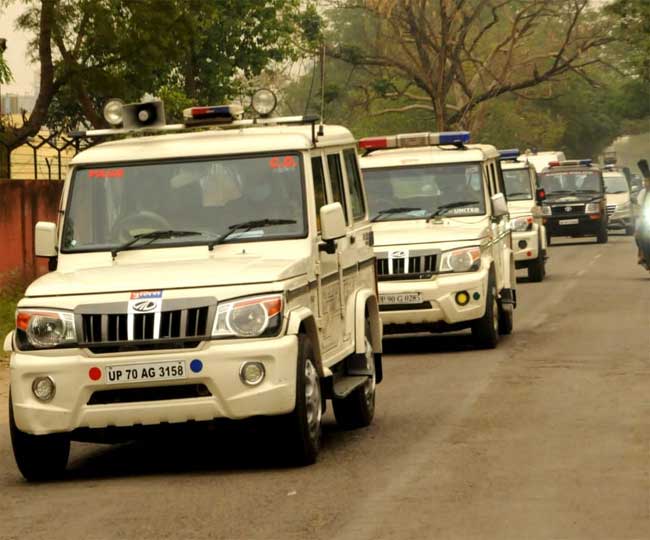 A convoy of vehicles from UP police arrived to take Mukhtar Ansari.

The process of handing Mukhtar to the Banda police team of UP is underway and it is believed that he will be sent to Uttar Pradesh in a short time. Outside the Rupnagar District Jail, barricades have been installed on the road. Police personnel has been deployed all over the way. 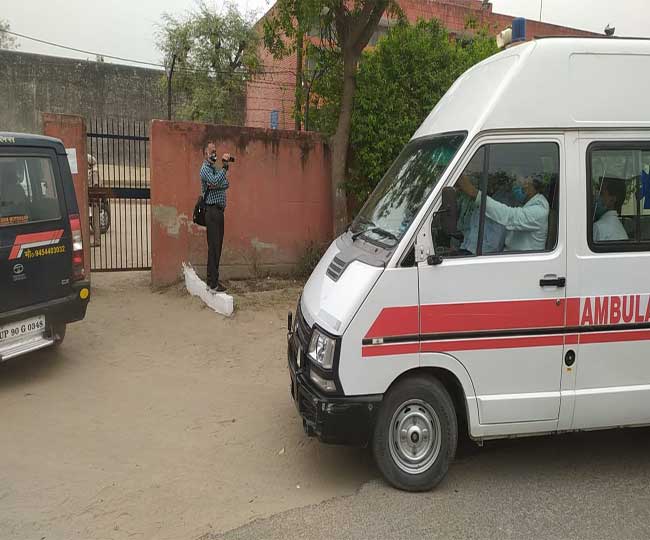 Police activities outside the Rupnagar District Jail have intensified. Outside the jail, barricades have been installed on the road and police personnel has gone out of their way. Banda Police vehicles from Uttar Pradesh reached Rupnagar separately. The first train arrived at around 10:30 am. After that, the process of arrival of trains continued till morning. 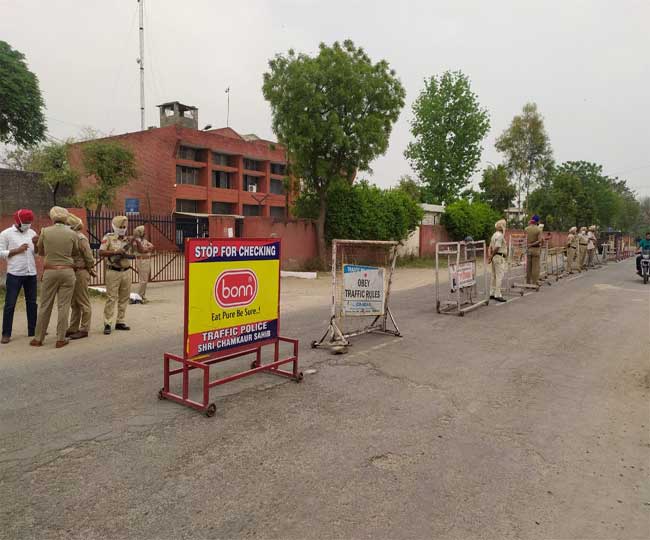 The ambulance in which Mukhtar Ansari was taken also arrived in the morning. He was first taken to the police line of Rupnagar and after completion of all the formalities, he will be taken to Rupnagar District Jail. From there the Mukhtar will be taken. Doctors from Uttar Pradesh are also stationed in the ambulance. 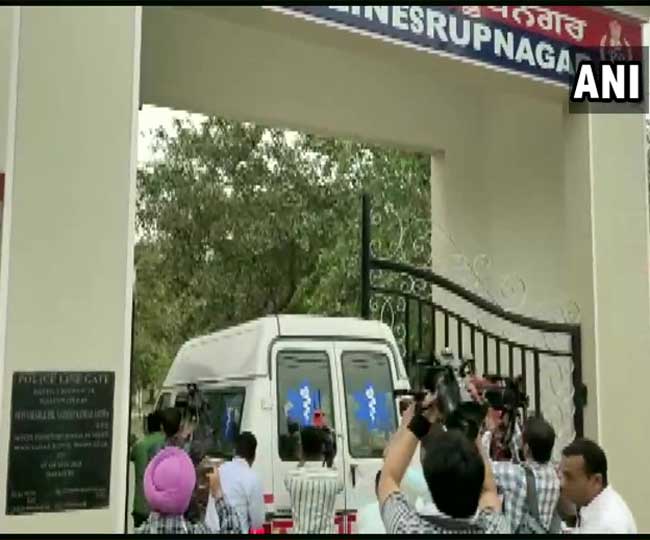 It is understood that 7 to 8 vehicles of Uttar Pradesh Police arrived at Rupnagar District Jail from 4: 10 am till now that the convoy did not come together from Banda. It is reached by different routes.

Significantly, in January 2019, on the complaint of a Mohali builder, the police had filed a case against Ansari for demanding extortion money of 10 crores. The Mohali police had brought Mukhtar Ansari Mohali from Uttar Pradesh on a production warrant. He was sent to Ropar jail in judicial custody. Since then, Ansari has been in Ropar jail. The Uttar Pradesh police came to Punjab several times in two years but had to return empty-handed. The Punjab Police has always refused to hand over the Uttar Pradesh Police citing Ansari's ill health.

It was told that Ansari has depression, sugar, spine-related diseases. Now on the order of the Supreme Court, he will be handed over to the Uttar Pradesh Police. During the hearing in the Supreme Court, the Government of Uttar Pradesh had said that Mukhtar Ansari has 15 cases registered in various cases. He is being given facilities in jail in Punjab. There was also a lot of controversy over Ansari being produced in a private ambulance in Mohali court. However, ADGP Jail PK Sinha has clarified that the ambulance is not bulletproof. 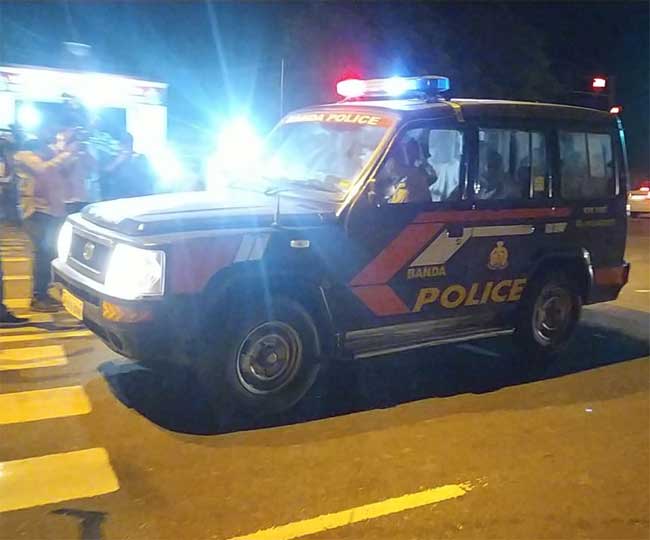 In the morning, Mukhtar Ansari's corona test report was awaited. After the Uttar Pradesh Police team arrived, the report of Mukhtar's corona test was awaited before the process of handing it over now. Ansari was sampled two days ago. Roopnagar SMO Pawan Kumar said that the Health Department team had gone to jail and samples of many people were taken. 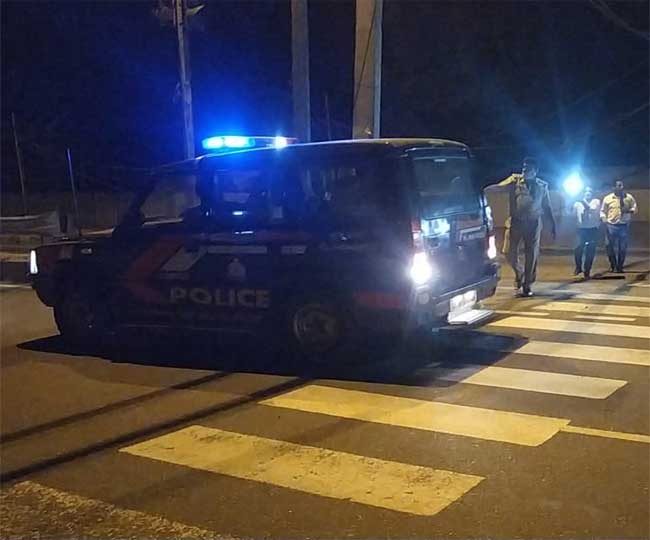 Ambulance is not bullet proof, chassis number obtained from registration

On the other hand, the Uttar Pradesh number ambulance found outside the Nanak Dhaba on the Rupnagar-Nangal highway on Sunday night was jointly investigated by the police of Punjab and Uttar Pradesh on Monday. During this time the chassis number of the ambulance was found to be the same as that recorded in the vehicle registration. Rupnagar SSP Dr. Akhil Chaudhary said that the ambulance is in the custody of the district police and the investigation is on. The investigation has revealed that the ambulance is not bulletproof and has not been administered.

Earlier, the Uttar Pradesh Police had feared that the ambulance in which Mukhtar Ansari was produced in the Mohali court was being replaced and another ambulance was being tried to divert the case by leaving unclaimed dhabas in such a manner. This ambulance (UP 41 AT 7171) came into the discussion after Ansari was produced in the Mohali court. This ambulance is registered in the name of Shyam Sanjeevani Hospital and Research Center and Dr. Alka Rai, Rafiknagar, Tehsil Nawabganj, Barabanki (Uttar Pradesh).

Its chassis number is MAT 460124 DU01564. CO Navi Kumar, who was in the team who arrived from Barabanki in Uttar Pradesh to investigate the ambulance, said that a case has been registered in this case in Barabanki. This is an ambulance case property and a legal process will be followed to take it to Uttar Pradesh. Necessary evidence is being collected right now.