The Big Bull Review: Abhishek Bachchan portrayed in the story of 'Amitabh Bachchan' of Stock Exchange, but ...

The Big Bull is basically the story of Hemant Shah, a Gujarati living in a chawl in Mumbai, coming off the floor and then coming back from the hay to the floor.

There is a scene in the film ' The Big Bull', in which a person in the limelight of the main character Hemant Shah gives him an adjective of 'Amitabh Bachchan' of the stock exchange, because in the film industry at that time there was no match for Big B. , In the same way, there was no other in the stock market to hit Big Bull's mind. Through the tip of this stock market broker, for those who made their decisions, it was no less than a hero.

The understanding of the stock market gave such a tip to the liftman who was standing in the lift that his price was 'lift' and the man who carried the siblings up and down himself became the owner of his car. Abhishek Bachchan became so immersed in the character of Jalavanshin Dalal or broker Hemant Shah that he took the entire film to his name and added a film to his filmography, in which it would not be easy to ignore his performance.

Directed by Kuki Gulati, 'The Big Bull' was released on Disney Plus Hotstar on Thursday. Being a film inspired by the stock market scandal of the nineties, it was almost certain that it would be tested against Hansal Mehta's much-awaited web series 'Scam 1992'. However, doing so would be an injustice to the film. The film has its limitations, which cannot compete with the spread of the web series. Therefore, let 'Scam 1992- The Harshad Mehta Story' stay where it is. We move forward. 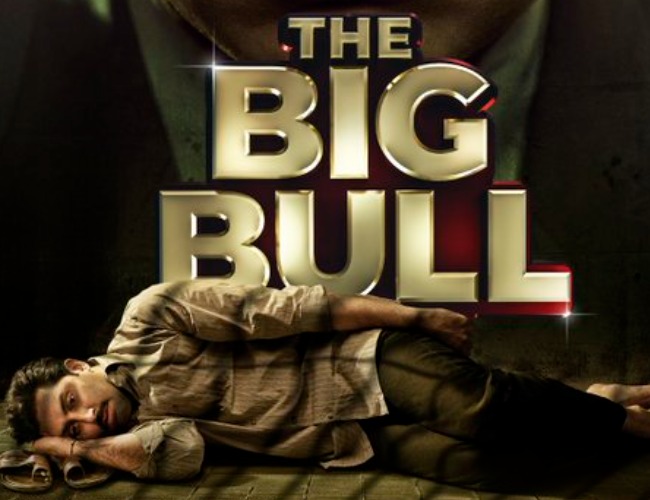 'The Big Bull' is the story of Hemant Shah, a Gujarati living in a chawl in Mumbai, coming off the floor and then coming back to the floor from the hay. Hemant is also the one who has an elder son from a lower middle class family in India. The burden of family responsibilities forces one to do a small job, but what about the dreams he has seen for himself. After all, how long will he continue to sacrifice his dreams for a job that does not fulfill the conditions of his girlfriend's father, and then if the mind is about to run, then how can the wishes be curbed!

Hemant sees his dream in the stock market. However, to become the prestigious 'broker' of the Bombay Stock Exchange, a suit-tie is also required to show with a pocket full of money. Who will pay money to a man wearing simple shirt and pants? Not even bank! Hemant's mind just runs here. He discovers a few holes in the banking system and makes his life come alive. It is not illegal in the eyes of Hamate, because until then there was no law to close these holes.

Becomes the largest broker of the stock exchange. Azi, what becomes a broker, the entire stock exchange starts dancing at his behest. Big businessmen reach the shelter of Hemant 'Bhai' to increase their share prices. Emerging and glowing faces also attract politics. Hemant Bhai's Iqbal is confounded and elevated by political association. So high that Hemant Bhai now dreams of becoming the first billionaire in the country, but the gold glitter of Hemant Shah stings many eyes and it is the work of making him fall down.

Hemant Shah, a super-confident and speed-buff, also ignores the warnings of younger brother Viren Shah in his strut. After all, it is surrounded by all sides. The holes in the banking system that Hemant used to fill his vault get caught and it is here that the story of his downfall begins, which ends in an anonymous death. 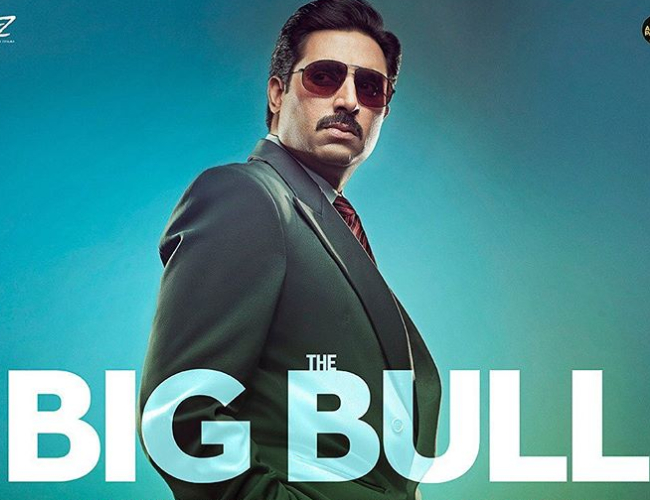 The script of The Big Bull is written by Kuki Gulati and Arjun Dhawan. There is nothing new in the narrative, but the writers have played the game with the script. The story of Hemant Shah is shown as narration by celebrated business journalist Meera Rao, who writes her biopic The Big Bull on Hemant's advice and narrates management students at an event in 2020.

Meera Rao is the journalist who exposed the Hemant Shah scandal. The screenplay of The Big Bull is a bit baffling in the opening scenes, as the chronology changes very quickly. Reaches and returns in the nineties to the eighties. However, as Hemant Shah's game begins, the story catches the viewer.

Abhishek Bachchan has lived the whole journey of Hemant Shah's character. From the financial crunch of Hemant Shah to the country's richest people, the character graph of Abhishek is enlivened by Abhishek with his body language and gesture. Abhishek has made his character's calm nature, vicious mind and penetrating eyes in front.

The scenes of Supriya Pathak in the character of Hemant and Viren's mother can be made a bit more intense. The Big Bull is an economic-thriller film, in which the songs influence the film's departure. Now the time has come that Bollywood should avoid the practice and greed of biting songs in the middle of the story.

One more thing about 'The Big Bull', its message. The film was promoted on social media by saying 'Think bigger than yesterday'. However, when The Big Bull ends, the question arises in the mind- will the cost of thinking big have to be paid in the form of anonymous death? Who would like to think like Hemant Shah when they think big? Well, the film itself is there. Do not take too seriously.

'The Big Bull' forces the mastermind of the stock exchange scam to look at the human point of view rather than Villain. The climax of the film leaves you with the question whether Hemant Shah was a hero or a villain or someone between them who just wanted a good life.

Jasmine Bhasin shared a romantic photo of candle light dinner with Ali Goni, Fan said - when is the wedding?