CM Arvind Kejriwal had a detailed discussion with the authorities regarding the adequate supply of oxygen in Delhi.

Chief Minister Arvind Kejriwal held a review meeting with officials on the current state of Corona on Tuesday. The Chief Minister said that there is a serious oxygen crisis in Delhi. I again urge the Central Government to make oxygen available to Delhi immediately. Some hospitals have oxygen left for a few hours. The CM further said that they are working on a war footing to ensure the supply of oxygen in Delhi. We are also constantly talking to the central government. The work of increasing oxygen beds is also going on in a big way in Delhi.

At the same time, Deputy Chief Minister Manish Sisodia said that SOS phones are coming from all the hospitals regarding oxygen. People supplying oxygen are being stopped in different states. There should not be jungle raj among the states regarding the supply of oxygen. On this, the central government will have to be very sensitive and active. 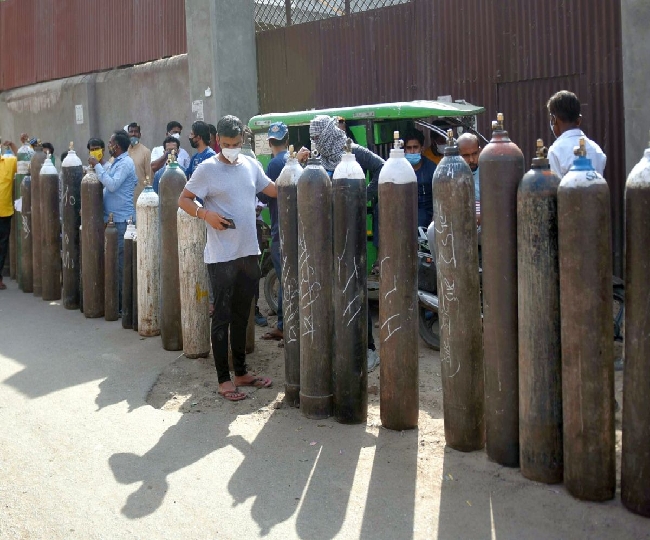 Review meeting on the current situation

Chief Minister Arvind Kejriwal today held a review meeting on the current situation of Corona in Delhi through video conference. Delhi's Deputy Chief Minister Manish Sisodia, Health Minister Satyendar Jain, Chief Secretary, Principal Secretary (Health), ACS and other senior officials were present in the review meeting. First, the Chief Minister took detailed information from the officials about the current situation of Corona in Delhi. CM instructed everyone that there should be no negligence in Kovid management and that patients should be provided with better treatment.

Discussion on increasing the maximum number of oxygen beds

During this, CM Arvind Kejriwal discussed with officers to increase the maximum number of oxygen beds in Delhi. He directed the officers to emphasize on increasing the maximum number of oxygen beds in Delhi. CM said that it is seen that oxygen levels are being found low in most of the patients coming to Astpal. They can be given oxygen as soon as possible, so that their health can improve quickly and get better treatment. Officials informed that the focus has been on increasing oxygen beds and the work of increasing oxygen beds is going on at an accelerated pace.

CM Arvind Kejriwal had a detailed discussion with the authorities regarding the adequate supply of oxygen in Delhi. The CM said that it is the endeavor of the Delhi government to get maximum supply of oxygen to Delhi. For this, all efforts should be made by the government.

There are many types of dams faced in reaching Delhi.

MCD targets the Kejriwal government, says there is no lack of oxygen in the three Kovid hospitals

10 dogs killed in Delhi in suspicious condition, 3 undergoing treatment in hospital; People suspected of being corona