Today the US Senate has approved for another Indian name.

Indian-origin Vanita Gupta, who served in the Justice Department during the Obama administration, has been appointed Associate Attorney General. His name was stamped in the US Senate on Wednesday at local time. Let me tell you that Vanita is also getting the honor of being the first Indian-origin citizen to be appointed on this. According to CNN, the name of Vanita Gupta was voted in the Senate and her name has been approved by a margin of 51-49.

Republican Lisa Murkowski cast her vote in favor of Biden's candidate. He said that he feels that Vanita Gupta has been committed to fighting injustice in private.

Prior to voting, President Joe Biden said he had named 'very skilled and respected' Indian-origin lawyer Vanita Gupta, who has spent her entire career fighting for racial equality and justice. 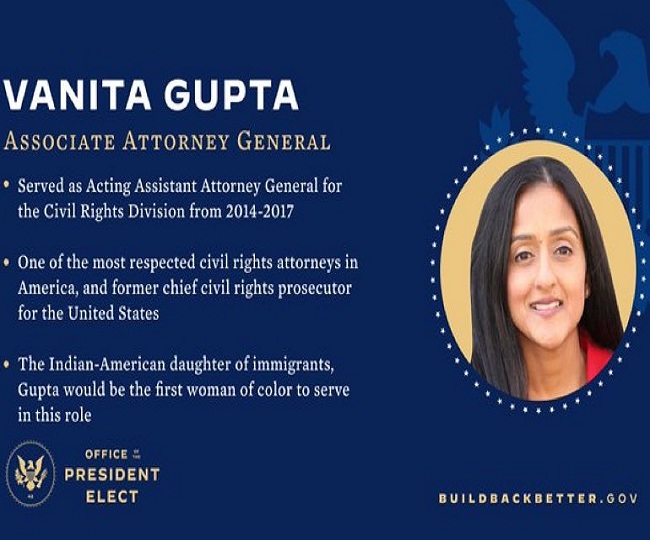 President Biden said, "I nominated Vanita Gupta and Kristen Clarke for two important positions in the Department of Justice, who are highly skilled and respected lawyers and have spent their entire careers in the fight for racial equality and justice."

President, Prime Minister Oli could not get majority to form new government in Nepal

International      1 day ago
Other News