The counting of work is going on in these places and trends are also getting started.

The results of the assembly elections held in two states and one union territory are to be announced on Sunday. For this, counting work has started. Early trends are also coming. By evening, the results will come in Kerala, Tamil Nadu, and Puducherry. Let us know that in one phase in Kerala, Tamil Nadu, and Puducherry, the voting was held on 6 April.

- LDF is likely to win a historic victory with the indications from the counting of votes in Kerala. At present, the party is ahead in 85 seats.

- The Election Commission has asked the Chief Secretaries of the concerned state to take immediate action to stop such gatherings.

- There is a confrontation between MNM chief Kamal Haasan and Congress candidate Mayura Jayakumar in Koyambattur South.

In the Puducherry Assembly elections, the All India NR Congress is leading in 5 seats, BJP in 3 seats and Congress Party in 2 seats.

- DMK is leading in 99 seats in Tamil Nadu assembly elections and AIADMK in 81 seats.

According to Pratt, Kerala Chief Minister Pinarayi Vijayan is ahead of Dharmadam seat.

- BJP candidates from Palakkad in Kerala, E. Sreedharan and K. Rajasekharan from Nemom are leading.

In the initial trends of Kerala assembly elections, the Communist Party of India (Marxist) was leading in 38 seats, Congress in 20 seats and Indian Union Muslim League in 12 seats.

According to information received at 10.15 am, All India N. in 3 seats in Puducherry assembly election. R. Congress, BJP in 2 seats, Dravida Munnetra Kazhagam in one seat and Independent candidates in one seat are ahead.

- The Congress Party is leading in one seat in the early trends of Puducherry assembly elections.

- Early counting trends have started coming up in Tamil Nadu. There are trends of 8 seats in total, of which DMK has 6 and AIADMK leads in 2 seats.

- Among the initial trends in Kerala, BJP's only candidate Metro man E Sreedharan is ahead.

- LDF ahead in Kerala in initial trends

- Counting work is going on in Tamil Nadu, Kerala and Puducherry. 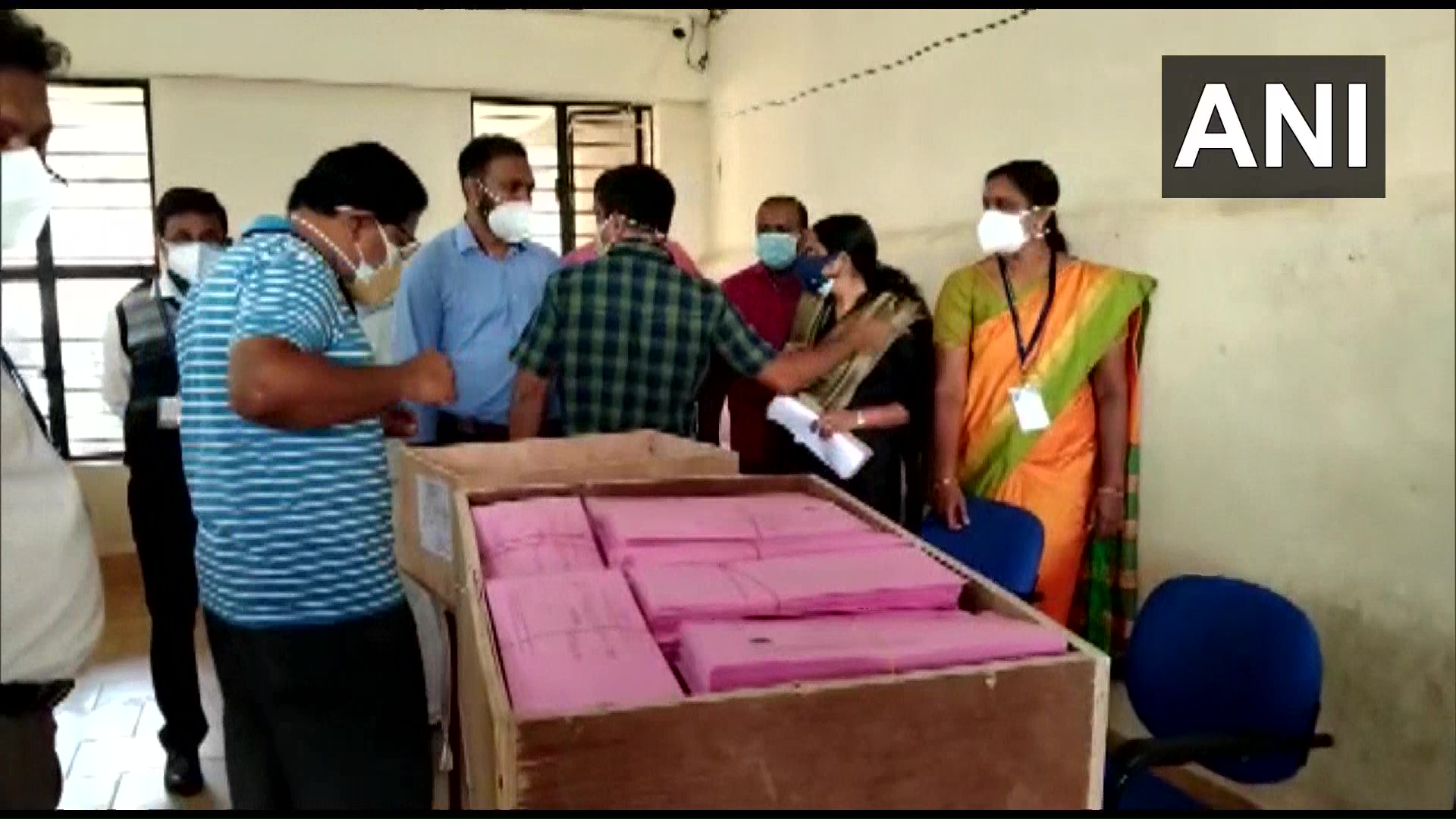 In Tamil Nadu, the counting of votes will take place at the counting center in Chennai, while in Puducherry, the process of counting for the votes in the Lawspet has been visible since morning.

These are the instructions of the Election Commission

To prevent the spread of corona virus infection, the Election Commission has banned all victorious processions during or after the counting of votes. Apart from this, the Election Commission has also given guidelines regarding the preparation of counting of votes. Under this, the crowd has been banned outside the counting center. The winning candidate, who is known for winning the certificate of victory, can only go with two people. No polling agent is allowed to enter the counting center without the RT-PCR test. Also it is mandatory for them to wear PPE kits.

The term of the Kerala Legislative Assembly will end on June 1. In 2016, the Communist Party-led coalition Left Democratic Front won 91 seats. Pinarayi Vijayan was then sworn in as the 12th Chief Minister.

The term of the Tamil Nadu Legislative Assembly is till 24 May. The AIADMK won under the leadership of Jayalalithaa in the 2016 assembly elections. AIADMK had 135 seats in its account and Jayalalithaa again got the state power. At that time DMK could win only 88 seats and Congress won 8 seats. The Bharatiya Janata Party did not have a single seat in its fate.

The term of the Puducherry Legislative Assembly is till 8 June. In 2016, the UPA alliance led by the Congress won. V Narayanasamy had become the Chief Minister of the state but in February 2016, after the resignation of Congress and DMK MLAs, the government came into a minority and Narayanasamy had to resign from the post of Chief Minister. After this, President's rule was implemented here.