Himanta Biswa Sarma was sworn in as the new Chief Minister of Assam today.

Himanta Biswa Sarma, BJP leader in Assam and convenor of the Northeast Democratic Alliance, took oath as Chief Minister on Monday. Governor Jagdish Mukhi administered him the oath. BJP national president JP Nadda was also present at the swearing-in ceremony. He met Governor Jagdish Chandra Mukhi on Sunday and claimed to have formed the government. 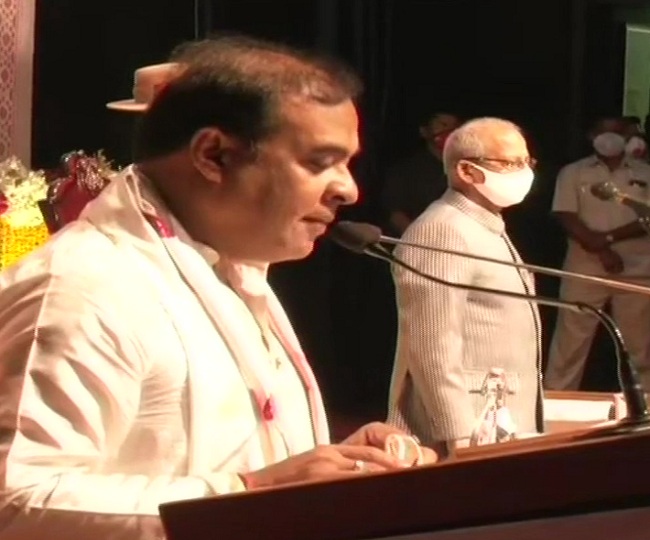 Himanta was first elected as the leader of the BJP Legislature Party and then the National Democratic Alliance (NDA) Legislature Party. After being elected the leader, Sarma termed his predecessor Sarbananda Sonowal's tenure as impeccable and corruption-free and said he would continue to be his guide. At the same time, Sonowal called him his younger brother and said that he will take the state to greater heights.

Himanta Biswa Sarma also thanked Prime Minister Narendra Modi, Union Home Minister Amit Shah and BJP President JP Nadda for giving this opportunity. Himanta's name was proposed by Sonowal himself and approved by BJP state president Ranjit Kumar Das and newly elected MLA Nandita Garlosa. Let us tell you that the present NDA government is the first non-Congress government in the state which has won the election for the second time in a row.

Conflict in BSP in UP: Revolt in BSP in Uttar Pradesh, 11 suspended MLAs will form their new party

BSP will create trouble for Congress and AAP, Sukhbir made a big target sitting on an elephant in Punjab

Jobs and Recruitment      5 hours ago