Many cities have opened liquor shops since Tuesday due to the decision to open liquor shops.

Alcohol has also been included in the category of essential commodities during the corona curfew issued in the state during the global pandemic coronavirus infection. Liquor shops closed for 11 days in the state were opened in some districts today. During this time there has been a huge crowd.

The decision to open liquor shops in the districts has been left to all the District Magistrates. This is the reason that liquor shops have been opened in many cities since Tuesday. In many places they are instructed to be opened from 10 am to 1 pm and in some places are being opened from 12 noon to six in the evening. The time to open a liquor shop in Kanpur has been fixed from 10 am to 7 pm. Shops in other districts including the capital Lucknow will open from Wednesday. In the cities where liquor shops are open today, there are long lines. The police at the local liquor shops as well as the native are ready to follow the Kovid protocol, but the people are not following.

The Yogi Adityanath government of the state has put liquor in essential service. During the Corona curfew, there was no directive to close its shops, but the shopkeepers kept it closed. The state government had left it to all DMs to play liquor shops. After a long wait, indigenous and English liquor shops opened in more than 50 districts of the state from Tuesday. The shopkeepers may have made shells outside the shops to follow the physical distancing with the help of the police, but as soon as the shop opened, the crowd did not notice anything. Along with Varanasi, Meerut, Gautam Buddha Nagar, Baghpat, Shamli, Kanpur, Bijnor, Mirzapur, Jhansi, Bijnor had long lines before the shop opened. In Varanasi, Meerut, Baghpat, and other districts, even though the District Magistrate has directed to open shops by one o'clock in the day, But shops in Gautam Buddha Nagar will open till seven in the evening. The government is instructed that as per its discretionary decision, the District Magistrate can allow the opening of liquor shops. 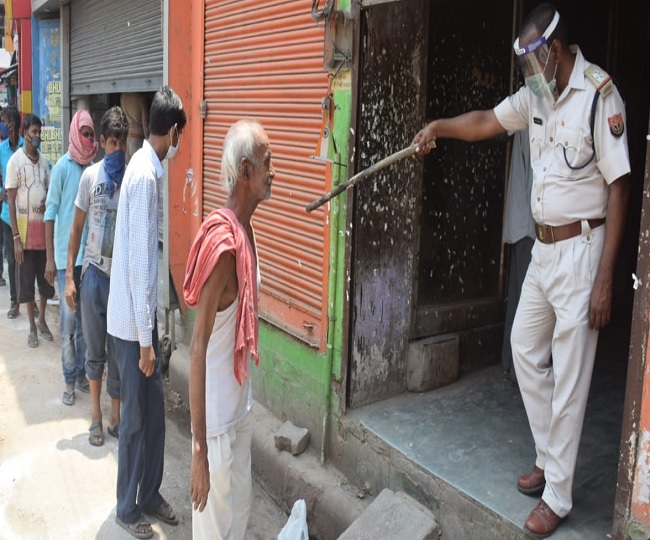 The shop was crowded as soon as the liquor and beer shops opened near the Madagin Petrol Tank under the Kotwali police station in Varanasi. After this, the police who reached the spot instructed to follow the rules and make the physical distance. During this, the police also appealed everyone to stand in the circle.

Liquor shops have opened today in Meerut, Saharanpur, Muzaffarnagar, Shamli, Baghpat and Bijnor. The administration has set their opening time from 10 am to 7 pm. Today, liquor shops are being crowded. Liquor shops have not opened today due to the counting of by-elections to the panchayat by-election in Bulandshahr. It will open here from Wednesday. Liquor shops are also open in Bijnor. The crowd of customers has melted here as soon as the liquor contract is opened everywhere. There is a long queue of physical distancing here, but the police is absent. People are raping the city's municipality shop.

As soon as the liquor shops opened in Gautam Buddha Nagar, there was a long queue outside it. During this time, due to the rush of contracts for taking liquor, physical distancing is being hoisted. There is a long line on all the contracts here. Shops will open here from ten in the morning to seven in the evening. In Mirzapur also the District Magistrate has ordered to open liquor shops by seven o'clock in the evening.

Line of liquor shops opened in Kanpur, Covid rules followed. Even though the orders of Coron curfew and police are trying to strictly follow till May 17, but all rules on liquor shops on Tuesday afternoon - Laws were seen breaking. On opening orders from the government, liquor shops got crowded at night. Arrogance was seen when the liquor shops were so crowded that Kovid rules continued to be wired.

Liquor shops opened in Kanpur city following the government's directive. As soon as it was known, people started coming out of their homes and started putting lines in liquor shops. There was neither a mask on the mouth nor a distance of two yards being followed. This was the situation when the condition of complying with Covid rules has been made mandatory in the opening of the shop. There was a crowd of people at the Beer Shop near the Heer Palace on Mall Road, in the same way liquor shops reached many places including Mandhana, Kakadev, Kalyanpur. The District Excise Officer has strictly stated that the government should come in order to open liquor shops, following the Covid rules. 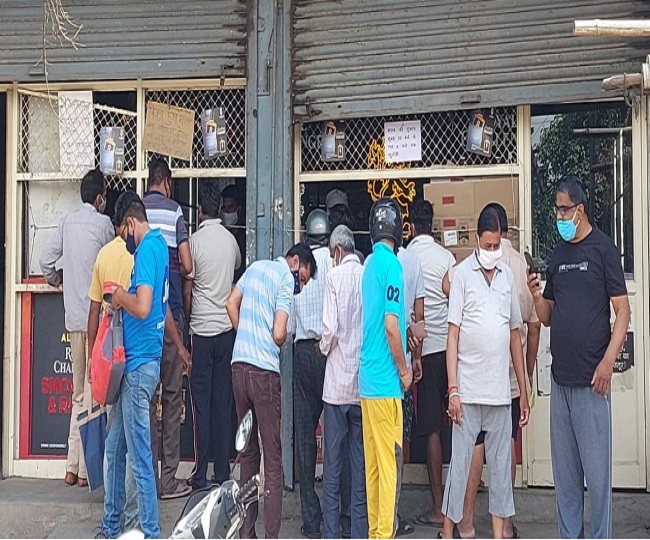 Liquor shops have opened in Baghpat since Tuesday. The shop was to open from ten o'clock here, but people were in line from 8 o'clock. Now liquor shops will open in Baghpat from 10 am to 7 pm daily.

Bottles and cash were stolen from the liquor store in Rae Bareli: The thieves have taken advantage of the liquor shop being closed for a long time. Thieves took away precious liquor and cash from the shop near the main square, just two hundred meters away from the police picket in the Parshadepur police chowki area. At about six o'clock in the morning on Tuesday, Harishchandra came to the shop and the liquor shop's swivel was broken. 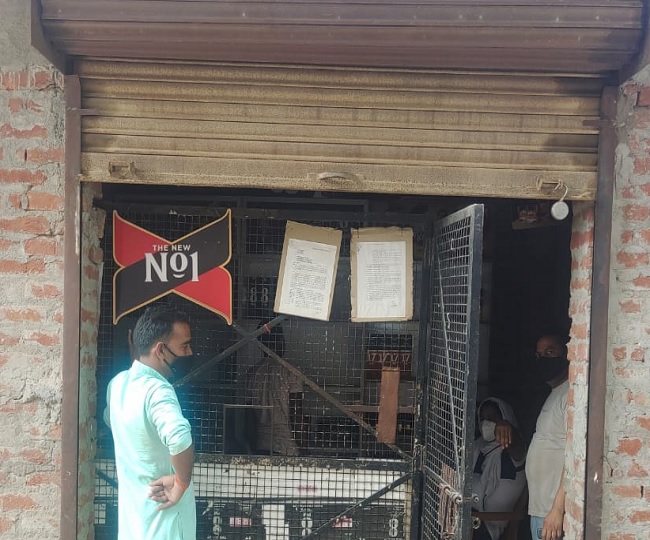 After this Harishchandra gave the information to the Councilor Arunesh Jaiswal of ward number seven. The councilor informed the theft of the post as well as the shop owner Preeti's husband Monu Jaiswal. Anan Phanan Chowki in charge Ravindra Singh reached the spot and questioned the people around. Monu Jaiswal said that Rs 53840 has been stolen from the shop along with cylinders and liquor.

UP Unlock: Restaurants will open with 50 percent capacity from June 21 in the state, relief from relaxation will also be given in night curfew

UP: Now NCC will also be included as an optional subject in graduation, students will get a chance from the new session