Maharashtra Unlock Guideline: Maharashtra government's announcement regarding unlock, exemption will be available on this basis from Monday

Amidst the corona epidemic, the state government has said to give relaxation in the lockdown from Monday, but this exemption can be given on the basis of the positivity rate and the availability of oxygen beds in the state. 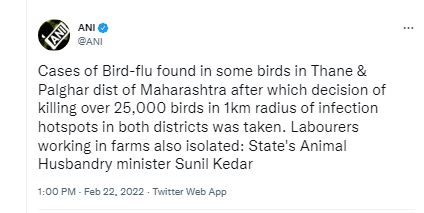 Significantly, the lockdown in Maharashtra has been in a state of confusion for the last few days. In the Mahavikas Aghadi government of Thursday, Relief and Rehabilitation Minister Vijay Wadettiwar from Congress quota had said in a press conference regarding Unlock that it is working on a five-pronged strategy to end the lockdown in the state. The 18 districts of the state where the positivity rate of corona infection is less than five percent will be freed from the lockdown. Thane was also included in this. But only after this, a statement was issued by the state government, in which it was said that a decision would be taken to relax the strictness only on the basis of weekly positivity rate and availability of oxygen beds in the state.

Former CM and BJP leader Devendra Fadnavis on Friday also targeted the Thackeray government fiercely regarding the unlock in the state. In a sarcastic manner, Fadnavis had said that first a minister of the government announced the unlock, after which a clarification came from the Chief Minister's office that there is nothing like this. Fadnavis said that whether it is the issue of unlock or any other issue including corona control, there is a lack of mutual coordination in the Maha Vikas Aghadi government. It seems to me that there is one CM in this government and there are many super CMs. Even before the CM says anything, all the super CMs speak.

CBSE 12th Result: This formula may be applicable in CBSE 12th result, report will be submitted to Supreme Court tomorrow

Registration is not necessary on CoWin, you will be able to get corona vaccine directly by going to the center; government changed rules

Rajnath Singh took part in the meeting of ASEAN countries, said - Corona is the biggest challenge before us collectively

TMC MP-actress Nusrat Jahan shared the photo for the first time after the news of pregnancy, wrote - Happiness and hope...