In the Kanpur Bus Accident accident, 17 people died while more than one and a half dozen people were injured.

Tuesday night in Kanpur proved to be very inauspicious. The uncontrollable bus in front of Gadankheda village on Kanpur-Etawa highway near Sachendi police station of Kanpur Nagar overturned in a pit, trampling the tempo coming from the wrong direction. Both the vehicles were overloaded with capacity. 17 people died, while about 18 people were injured in the accident that took place at around 8.15 pm on Tuesday night. Four of them are in critical condition. The deceased were residents of Lalhepur and Ishwariganj. Both the driver and the conductor of the bus fled after the accident. Late-night several senior officers reached the spot.

The 42 seater bus of Kalpana Travels had left Fazalganj at 5.30 pm for Ahmedabad in Gujarat with about 120 passengers. Rajkumar, Vinod, Sarvesh and Sheelu of Gonda, residents of Barabanki, said that the bus driver had consumed alcohol only while filling diesel at the pump located in Vijay Nagar. They opposed this and informed about it on the phone number of the travel company. The person who spoke on this avoided saying that he was not upset. After walking a few kilometers, a sudden uncontrollable bus hit a tempo full of passengers coming from the front near Gadankheda village, one and a half kilometers ahead of Sachendi police station towards Etawah. Due to this the tempo went towards the pavement and overturned and it got blown away. At the same time, the bus which was uncontrolled after hitting it also overturned in the pit on the side of the highway. 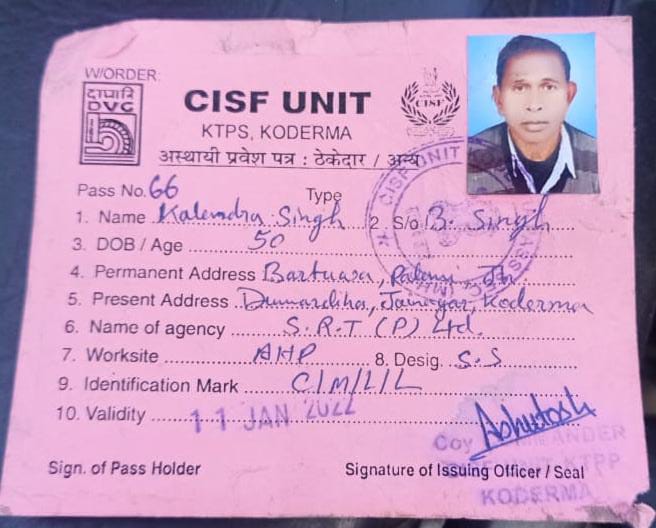 On the information of this accident, high officials including IG Mohit Agarwal, SP Outer Ashtabhuja Prasad are on the spot. The injured have been sent to LLR (Halat) Hospital. 21 people have been brought to Lala Lajpat Hospital here. In all, 17 have died, while the condition of four is very serious. The 42 seater bus of Kalpana Travels in Kanpur left Fazalganj for Ahmedabad in Gujarat at 5.30 pm with about 120 passengers. Rajkumar, Vinod, Sarvesh and Shilu of Gonda, residents of Barabanki, said that the bus driver had consumed alcohol while filling diesel at a petrol pump in Vijay Nagar. They opposed this and informed about it on the phone number of the travel company. The person who spoke on this avoided saying that he was not upset. 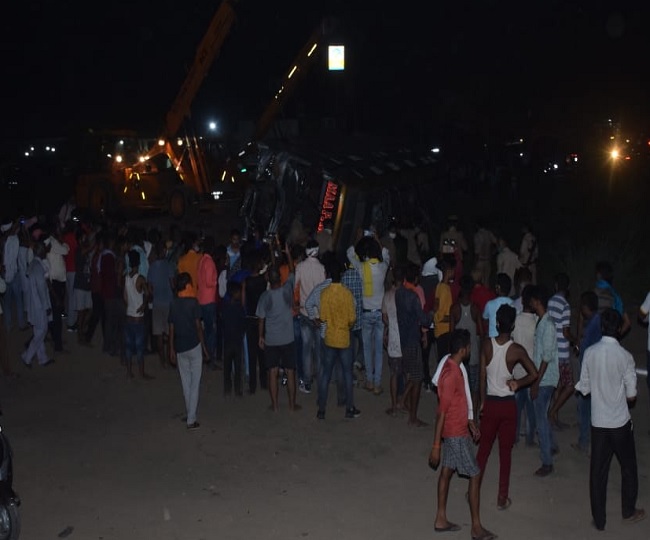 After walking for a few kilometers of this episode, a suddenly uncontrollable bus rammed into a tempo full of passengers coming from the front, near Gadankheda village, about one and a half kilometers ahead of Sachendi police station towards Etawah. Due to this, the tempo went towards the pavement and overturned and it got blown away. After hitting the tempo, the uncontrolled bus also overturned in Khanti along the highway. There were 20-22 people in the tempo. After the accident, a crowd of passersby gathered and the control room was informed. Police reached the spot in a hurry and with the help of the villagers started the work of evacuating the people trapped in the bus and tempo. IG Mohit Agarwal, Several top officers including SP Outer Ashtabhuja Prasad reached the spot and took stock of the situation. After this, the seriously injured were rushed to LLR Hospital (Halat) from the loader. Where all were declared dead by the doctors. Most of the dead were tempo riders. These people were going from the village to work in the biscuit factory located in Kisannagar. Traffic was completely disrupted on one lane of the highway after the accident.

tempo most of the dead

IG Kanpur Zone, Mohit Agarwal said that most of the tempo riders died in this accident. About 21 passengers were sitting in it. All were employees of the biscuit company and were going to work in the night shift. It is learned that the tempo riders are residents of Ishwariganj and Lalhepur villages.

About 120 passengers were seated in the 42-seater bus of the travel agency. At the same time, the tempo coming from the opposite direction also had three times the capacity. The tempo was coming from the wrong direction. The driver, under the influence of alcohol, was driving the bus at an uncontrolled speed.

Expressing grief over the accident, Chief Minister Yogi Adityanath has directed for proper treatment of the injured. He has asked the district administration to investigate the accident and seek a report at the earliest. An announcement has also been made on his behalf to give financial assistance of two lakh rupees each to the relatives of the deceased. At the same time, according to the Prime Minister's Office, two lakh rupees each will be given to the dependents of the deceased and 50-50 thousand rupees to the injured from the Prime Minister's Relief Fund.

PM Modi announced Rs 2 lakh each to the next of kin of the dead and Rs 50,000 to the injured

PM Narendra Modi has announced an ex-gratia of Rs 2 lakh each from PMNRF (Prime Minister's National Relief Fund) for the next of kin of those who lost their lives due to a tragic accident in Kanpur. 50,000 will be provided to the injured.

CM Yogi Adityanath expressed grief, assistance of two lakh rupees to the dependents of the dead

CM Yogi Adityanath has expressed grief over this accident and directed the district and police administration of Kanpur to provide immediate relief to all on the spot as well as provide proper treatment to the injured. Along with this, along with expressing condolences to the family members of the deceased, he has announced an assistance of two lakh rupees each to their dependents. On his instructions, all the senior officers of Kanpur Nagar are on the spot. The Chief Minister has asked them to undertake relief work on war footing and make immediate arrangements for the treatment of all the injured. Along with this, the investigation report of this incident has been summoned from the district administration.

Kanpur's Kalpana Travels bus departed from the city carrying about a hundred passengers to Surat and Ahmedabad. Bus riders Rajkumar, Vinod, Sarvesh, Sheelu told that the bus driver had filled diesel in the car near Panki, it is alleged that during this time both of them also drank alcohol. On this, they protested on the phone from the office of Travels Company and informed about the drinking of the driver and conductor. The person who spoke on this avoided saying that he was not upset. After walking for a few km, the bus suddenly became uncontrollable and hit the tempo full of passengers. Due to which the tempo overturned on the sidewalk.