Saudi Arabia has released the list of Hajj pilgrims this year.

Saudi Arabia has released the list of Hajj pilgrims this year. Saudi Press Agency has given this information, quoting the Ministry of Hajj and Umrah of Saudi Arabia. 60 thousand people have been selected in this list. The ministry has said that among the people who have been allowed for Hajj, there are people from 150 countries. This time, the facility of an online portal was provided for those who wanted Haj to file their applications.

The ministry said that a total of 558,270 people had filled their applications for Hajj. Of this, 59 percents were men and 41 percent were women. The ministry said that a number of factors were taken into consideration while selecting the eligible and suitable candidates for Haj, such as their age and whether they have performed Hajj before or not. Apart from this, special care was also taken off the Kovid protocol. In the wake of the Corona epidemic in the world, in June, Saudi announced that it would allow only 60,000 people for this year's Hajj. The ministry has appealed to all those selected to perform Haj to take a second dose of the Kovid vaccine. Hajj pilgrims will be able to get a second dose of the vaccine without having to make an appointment in advance. The ministry has clarified that the pilgrims will be taken to Mecca by bus on the 7th and 8th of Dhul-Hijjah, the last month of the Islamic calendar. 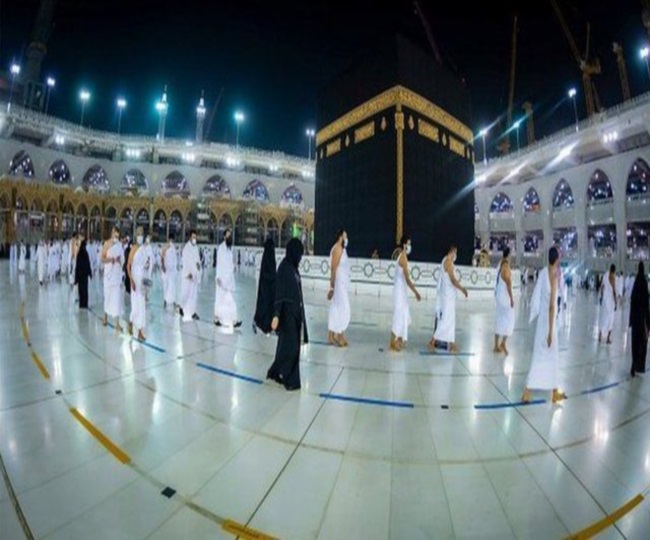 Iraq: Bomb blast kills 35, IS terrorist blew himself up in crowded market

It is mandatory to take both doses of corona vaccine before leaving the country, Saudi made new rules

Corona cases are not decreasing in Britain, most of the restrictions removed from today; Scientists' warnings

International      1 week ago
Other News