In Lucknow, except Chinhat, the BJP won the other seven major block seats.

In Uttar Pradesh, after the government of the village and the district, now the government of the block is also being formed. The ruling Bharatiya Janata Party has got a bumper victory in the block chief elections. The Bharatiya Janata Party, which is considered the party of the city, has now established its dominance in the villages as well. BJP has performed vigorously in today's polling for 476 blocks.

From western to eastern and central Uttar Pradesh, along with the Brij region and Bundelkhand, BJP waved its flag in the block chief elections. BJP has already captured 334 posts out of total of 825 posts of Block Pramukhs elected unopposed and even after voting today has won. In Gonda, in 12 out of 16 blocks, women have come to the presidency by winning. If any of them has stepped into politics for the first time, then someone will play the second innings. In only four blocks, male candidates have been placed on the post of block chief.

The Bharatiya Janata Party has won seven in the eight block major seats of Lucknow in the voting held today. In Lucknow, except Chinhat, the BJP has won seven major block seats. In Chinhat, independent candidate Usha Yadav won. In the remaining seven seats, the BJP has waved the flag. For the first time in Lucknow, the account of Samajwadi Party has not been opened. The Samajwadi Party had six out of eight seats. The Samajwadi Party could not win a single seat out of eight for the first time.

In Jaunpur, BJP won on 15, Independents on four and SP candidates on two.

In Jaunpur, the results of the election for the chief post of 21 blocks were declared. In this, BJP-supported candidates captured 15 blocks, while SP-supported won two. While four blocks were occupied by independents. The elections were held peacefully amid tight security arrangements.

BJP, three independents and one SP won five out of nine in Hardoi

In Hardoi on Saturday, out of nine blocks, BJP won five, Independents three and SP one in the results, which came after voting and counting of votes for the post of block chief. Former minister Abdul Mannan was given victory to an independent. SP in Sursa and BJP in Harpalpur could not save the bail. Aarti of BJP won in Sandila. In Behandar, Lakshmi Devi backed by former minister Abdul Mannan won. BJP candidate Satendra Kumar Singh alias Munna Singh won in Bilgram. BJP's Vijay Pal won in Sursa. Independent Vinod Singh Tomar won in Bharran. Independent Kushi Bajpai won in Pihani. BJP's Long Shree won in Madhauganj. BJP's Anil Kumar Singh won in Sandi. In Harpalpur, SP's Anokhilal won.

In Gonda district, polling was held in 15 of the 16 seats of the block chief. In which BJP won 14, while Samajwadi Party also managed to open account with one seat. 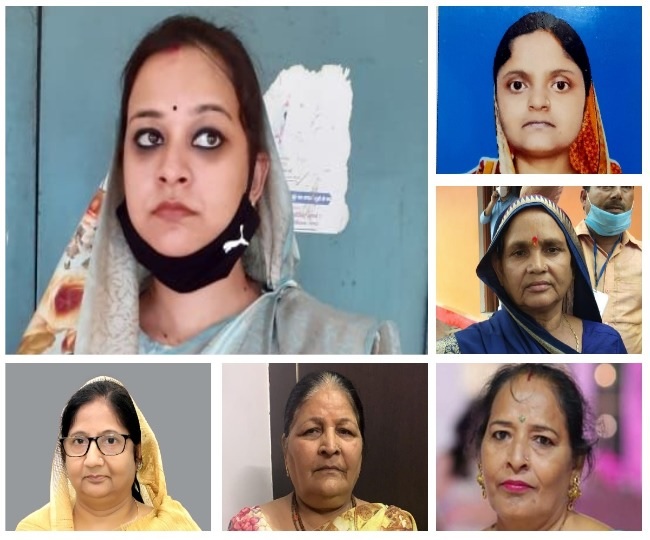 BJP won eight out of nine seats in Balrampur

In Sitapur, polling was held in eight blocks for the block chief election on Saturday. In this, BJP has won in four blocks, SP in three and Independent candidates in one. 11 BJP candidates have already been elected unopposed. In such a situation, BJP candidates have become prominent in 15 out of 19 blocks. The election process was conducted peacefully on the day of polling. The police lathi-charged some people after the election.

Four seats for BJP, three for independents and two for SP in Ambedkar Nagar.

In Ambedkar Nagar, the BJP got four of the nine seats of the block chief. BJP had won Katehri, Bhiyan and Bhiti unopposed while today it won in Baskhari. Independent Tanda, Jahangirganj and Jalalpur and Samajwadi Party candidates won from Akbarpur and Ramnagar today.

A woman who became a fake voter for the election of the block chief has been arrested in Baghpat on Saturday. In the Pilana block here, the woman who went to cast her vote as a fake Afsana has been taken into custody by the police and sent to the lockup. 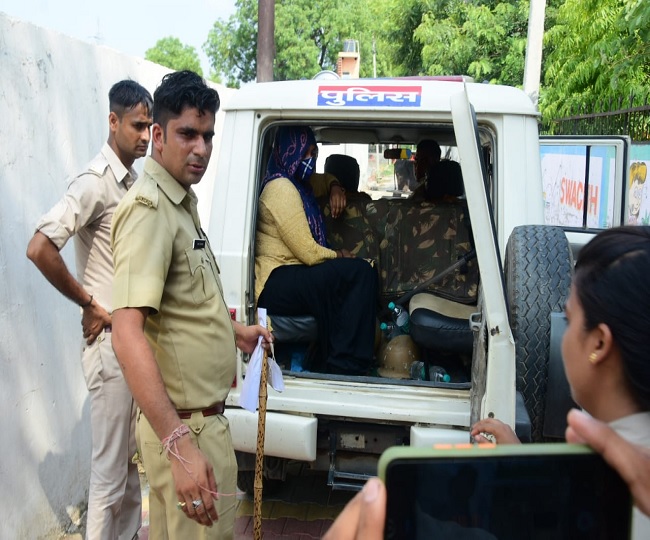 BJP's state general minister JPS Rathore said that more than 334 of the elected unopposed block-heads belong to the BJP. According to Rathore, who is handling the responsibility of Panchayat elections on behalf of the party, BJP will have a great performance in the posts of chiefs, area panchayats like district panchayat president. The BJP will win most of the posts for which polling is on Saturday.