Now an artist from Muzaffarpur in Bihar has made Modi piggy bank.

Modi piggy bank made in the name of PM Modi

Jaiprakash told news agency ANI that Prime Minister Narendra Modi had announced Janata Curfew last year to prevent the spread of coronavirus. Jaiprakash said that the Prime Minister is trying to save the country, so he decided to make a piggy bank in his name to save money. 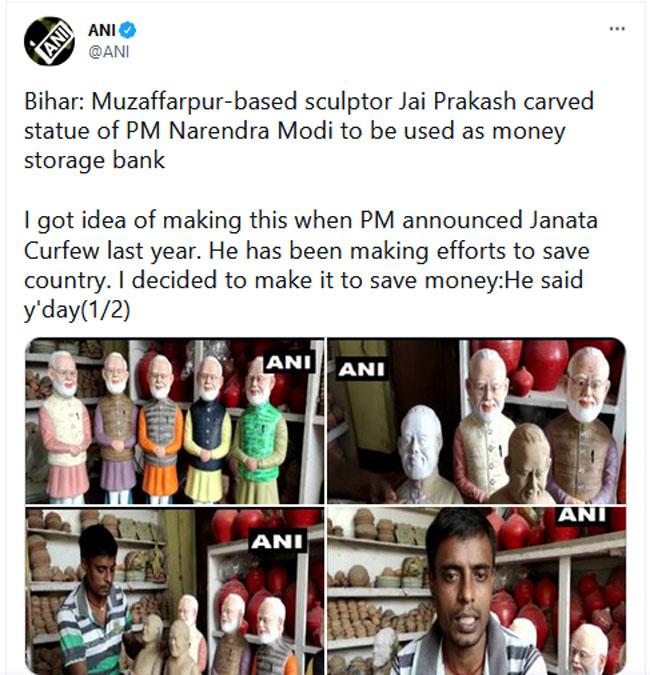 Coins and notes can be deposited up to one lakh

Jayaprakash says that it took him a month to make this piggy bank. People are very fond of it in the market. In this, coins and notes of about one lakh rupees can be deposited. They say that this piggy bank can also be used to tell children about Prime Minister Narendra Modi. 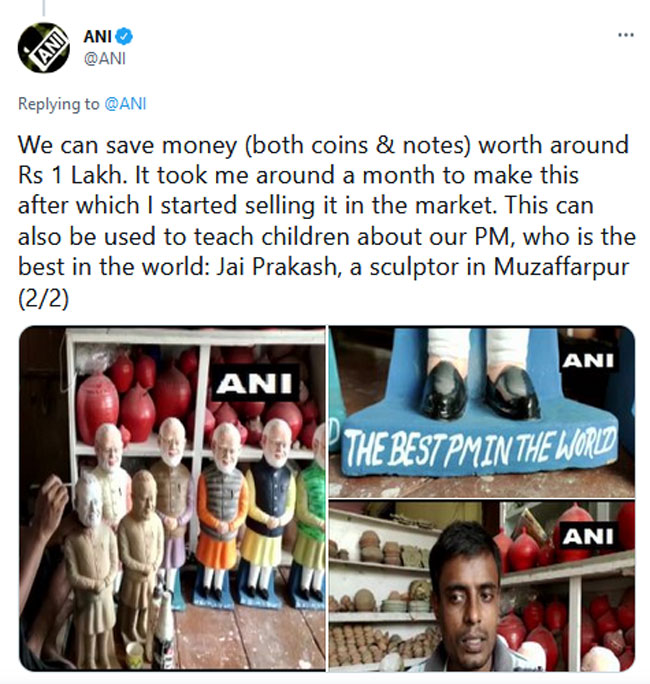 Jaiprakash is a big supporter of PM Narendra Modi

Be aware that Jayaprakash is a big supporter of PM Modi. Earlier, he came into the discussion by preparing the statue of PM Modi. During the last elections, the statues of PM Modi made by Jaiprakash were demanding not only in Muzaffarpur but across the state. Supporters used to come from far and wide to buy it. After this, there is a discussion of Jaiprakash's Modi piggy bank.

The picture of Naxal affected area is changing due to CM Nitish's dream project, luck is changing with 'Swabhiman Battalion'

Munger News: 80 people fell ill after consuming the offerings of worship of Lord Satyanarayan, there was a stir in the village

The elephant reached India after wandering from Nepal, created a ruckus, the police of many districts were troubled