Punjab Congress: After talks with Amarinder, Rawat said - I will not give any breaking news, Captain will accept the decision of the leadership

The screw regarding the post of President of Punjab Congress can be resolved today.

The screw of the President of Punjab Congress is likely to be resolved today. Punjab Congress in-charge Harish Rawat's talks with CM Captain Amarinder Singh have ended for about one and a half hours. After the meeting, Harish Rawat said that Captain Amarinder Singh reiterated that he would accept every decision of the high command. With this, today I will not give any braking. On the other hand, Navjot Singh Sidhu was very active today. After this, it has become clear that the name of the President of Punjab Congress can be announced this evening or tomorrow.

Talking to the media after the talks, Captain Amarinder Singh kept some of his issues and things during the conversation. I have taken note of these and will apprise the party high command. The Captain will accept the decision of the Congress President and the party.

It is said that Minister of State Sundar Shyam Arora has also reached with Rawat for talks. There is a possibility that Rawat can get Sidhu to meet the captain. The Punjab Government helicopter went to Delhi to pick up Harish Rawat and reached Captain Amarinder's farmhouse from the helipad. After this, the talks between the two leaders started. On the other hand, Navjat Singh Sidhu is meeting state ministers, senior Congress leaders and MLAs.

Along with Rawat, Industries Minister Sundar Shyam Arora's visit to Captain's farmhouse is also considered very important. The Chief Minister had written to Sonia Gandhi only yesterday that making Sidhu the Punjab Congress chief may anger the Hindu community. Apart from this, MP Manish Tewari gave a separate tweet by giving details of the population of Hindus, Sikhs and Dalits in Punjab. In fact, the Hindu class does not hold a single important post at present, while they constitute 38 percent of the state's population.

In the hands of Chief Minister, Youth Congress chief Adi Jat Sikh. The headship of the state Congress was currently with the Hindu leader Sunil Jakhar, but after making Navjot Singh Sidhu the head, that too will continue to go from his hands. In such a situation, Chief Minister Captain Amarinder Singh is worried about his displeasure. This is what he wants to convey to the party high command.

On the other hand, it is being told that Rawat is trying to persuade Captain in the name of Sidhu for the President of Punjab Congress. In the meeting, along with discussing the strategy for the next assembly elections, the main focus of the meeting is to end the war of Sidhu-Captain. 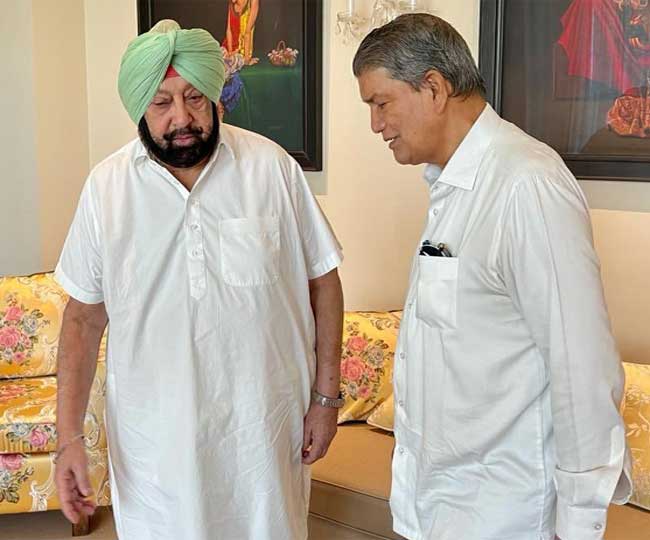 The meeting of the two leaders has been going on for about an hour. It is believed that Rawat can get Sidhu and Captain to meet after this. If the captain agrees, then it can be announced today that Sidhu will be made Punjab Congress President. Sidhu is also very active since morning. On the other hand, state cabinet minister Sukhjinder Singh Randhawa said that everything is fine in the party and all will be well. When asked about meeting Sidhu, he said that Congress leaders and workers keep holding meetings with each other. 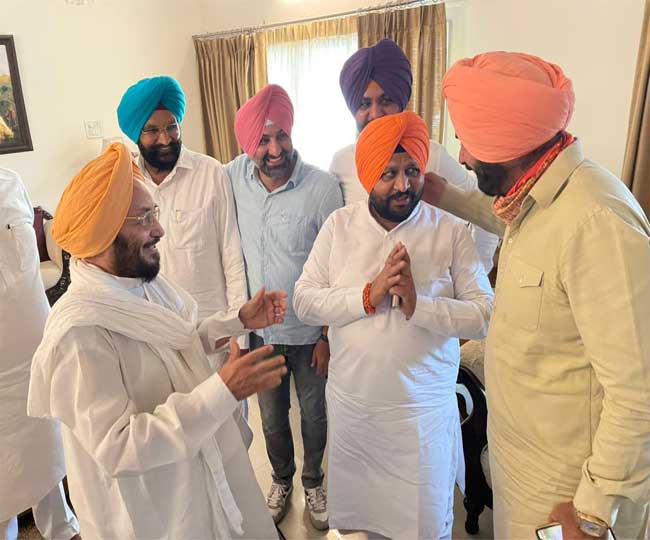 Navjot Singh Sidhu is meeting all the ministers, MLAs and leaders and seeking their support. He also met Punjab Mandi Board Chairman Lal Singh as well as his Samana MLA Rajinder Singh in Sector 39. He was accompanied by three other MLAs Darshan Brar, Fazilka MLA Davinder Singh Ghubaya, Gurdaspur MLA Barinderjit Singh Pahra and Cooperation Minister Sukhjinder Singh Randhawa. Now from Sector 39 he is leaving for Sector 2 where he will meet Brahm Mohindra, Speaker Rana KP Singh etc. After meeting Jakhar and Amarinder Singh Raja Wadding and other MLAs at Chandigarh Circuit House, Sidhu reached Health Minister Balbir Singh Sidhu's Kothi. Cooperative Minister Sukhjinder Randhawa and some MLAs have also come there. Suddenly the political atmosphere in Congress has become very hot. The way Sidhu is trying to persuade everyone, it seems that he will cool the atmosphere of opposition against him before he becomes the head.

Earlier, Navjot Sidhu also visited the house of Minister Tript Rajinder Singh Bajwa and Sukhbinder Singh Sarkaria located in Sector 2 and Sector 7 of Chandigarh but they could not be found at home. Sector 39 is also the home of Dr Raj Kumar Verka, chairman of the Warehousing Corporation and a close aide of Captain Amarinder Singh. Sidhu also went there but it was found that he was not at home.

Navjot Singh Sidhu met Punjab Congress President Sunil Jakhar in the morning. There is speculation that Rawat may also get Chief Minister Captain Amarinder and Sidhu to meet. That's probably why Sidhu is currently staying in Chandigarh. It is said that earlier he had a plan to go to Amritsar.

Many Congress MLAs including Raja Vading arrived to meet Sidhu

Navjot Sidhu arrives at Circuit House, Sector 39, Chandigarh after meeting Sunil Jakhar in Panchkula. He will now wait for Harish Rawat's meeting with Chief Minister Captain Amarinder Singh. Amarinder Singh Raja Vading and some other MLAs have also come to meet Sidhu at Sunil Circuit House. It is believed that Harish Rawat can organize a meeting of Sidhu and Captain today.

Sidhu said - Jakhar and my jodi is a hit, was and will remain, Jakhar Belle - my best wishes to Navjot

After meeting Jakhar, Sidhu said that he had come to seek his guidance. Hope their guidance will continue. The pair has been a hit and will continue to be. Sunil Jakhar was also with him during this time. Jakhar said that Sidhu is a very settled person and politician. My best wishes to Navjot. 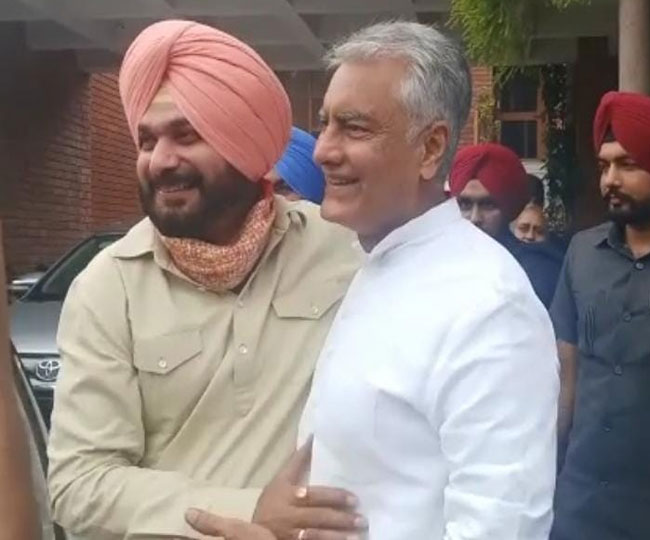 After the meeting with Sidhu, Sunil Jakhar said in a conversation with Jagran that Sidhu had sought my cooperation and I have told him that he is always ready to strengthen the party. However, before that, he asked Sidhu whether he had received the formal letter of the post of the head or not so that I could convey my best wishes.

Seeking cooperation from Jakhar, Sidhu said that we will work together. Whatever your issues are, they will be taken up firmly. To this, Jakhar said that he is always ready to cooperate with everyone for the strength of the party.

It is said that the party has asked him to go to Punjab and start work, although the official letter to make him the head has not been issued yet as Capt Amarinder Singh is yet to be persuaded. Party's Punjab affairs in-charge Harish Rawat has reached Chandigarh to talk to Captain. He will talk to Captain Amarinder Singh around 12.30 pm. Here Navjot Sidhu has started talking to other Congress leaders.