Amidst all the preparations to make Navjot Singh Sidhu as the Punjab Congress President, the camp and tug of war has intensified in the party.

The tug of war has intensified in the Punjab Congress over handing over the reins of the Punjab Congress to Navjot Singh Sidhu. The camps of Navjot Sidhu and Captain Amarinder have become active. Sidhu is still meeting the leaders at their homes. On the other hand, 10 Congress MLAs including Sukhpal Singh Khaira have come forward in support of Captain Amarinder and have written a letter to the party leadership.

In Delhi, Congress MPs from Punjab held a meeting at the house of Rajya Sabha member Pratap Singh Bajwa in Delhi. On the other hand, the issue of Sidhu can be raised by Congress National President Sonia Gandhi in the meeting of selected Lok Sabha and Rajya Sabha members. Manish Tiwari, Ravneet Singh Bittu and Ambika Soni of Punjab have been called in this meeting. There are indications that they may raise the issue of Sidhu. 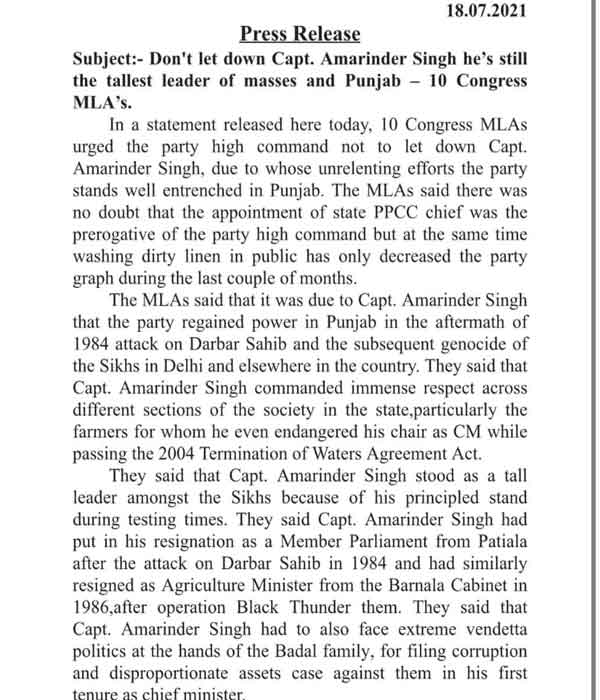 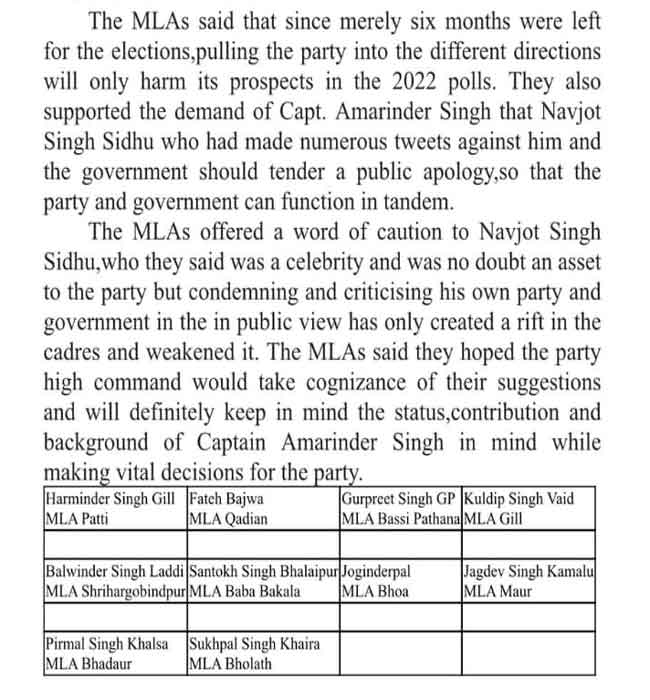 On the other hand, Navjot Singh Sidhu's meeting with Congress leaders in Punjab has started again today. He has left his Patiala house to meet the leaders. Sidhu first reached the residence of Congress MLA Madanlal Jalalpur from Ghanaur seat of Patiala. He was warmly welcomed there. After this, he will also meet other leaders by going to his house. 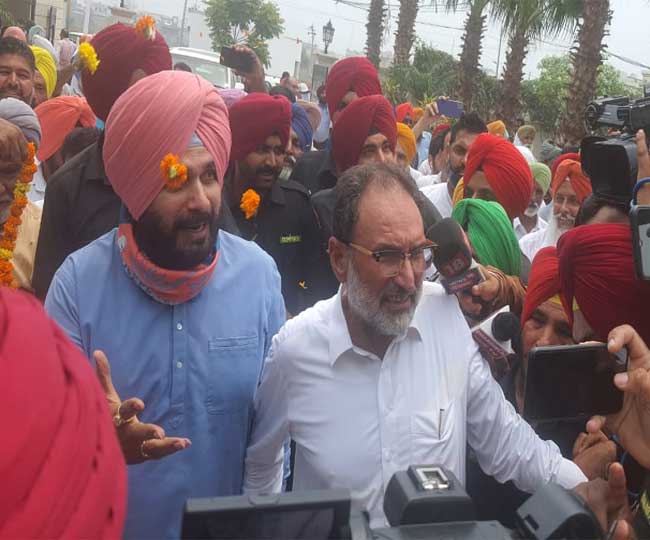 On the other hand, till now there were speculations that any time today the Congress high command may announce Navjot Sidhu as the President of Punjab Congress. But, now today this matter can also be postponed. Actually, Sonia Gandhi wants that before declaring Navjot Singh Sidhu as the President of Punjab Congress, CM Captain Amarinder Singh should be persuaded for this and his displeasure should be removed.After the meeting of Congress MPs from Punjab at his residence in Delhi, Pratap Singh Bajwa said that many other issues including the strategy for the farmers' movement were discussed in it. Let us tell you that speculations are being made in this meeting, the main discussion was held about the preparation of making Navjot Singh Sidhu as the Punjab Congress President. When Bajwa went to Captain Amarinder Singh's house for dinner on Saturday night, there is talk of meeting Navjot Singh Sidhu with him late in the evening.

Earlier, Sidhu has also become very active since yesterday and is meeting party leaders, ministers and MLAs. His order will continue even today. Along with this, there are indications that now not two but four working presidents will also be made in Punjab Congress. The names of many leaders are in discussion for them. On the other hand, the camp of Chief Minister Captain Amarinder Singh is relatively silent.

Punjab Congress will now have not two but four working heads, discussion of the names of many leaders

Let us tell you that the politics of Congress remained hot on Saturday also due to the efforts to resolve the strife of Punjab Congress. Sunday's heat is likely to increase further. It is believed that Navjot Singh Sidhu is set to become the Punjab Congress President, in such a situation, his supporters have also made full preparations to celebrate.

On the other hand, Chief Minister Captain Amarinder Singh's displeasure with Navjot Sidhu has not gone away. Captain Amarinder Singh, who is known for his unbridled statements, is deeply hurt and angry with Sidhu's remarks against him. Because of this, he is not ready to even meet the newborn Sidhu. He also made it clear to Congress' Punjab affairs in-charge Harish Rawat, who came to meet Capt. do. Let us tell you that Sidhu often gives such statements in enthusiasm, due to which he is surrounded. He had given many statements and tweeted about Captain Amarinder Singh in the past.

Let us tell you that Sidhu on Saturday met the current Punjab Congress President Sunil Jakhar, former President Lal Singh and Congress minister Sukhjinder Singh Randhawa and other Congress leaders who were angry with the Captain. He also met MLAs and other ministers on Sunday. During this, his style was making it clear that he was completely sure of being made the Punjab Congress President. Sidhu had also met former Congress state presidents Shamsher Singh Dulo and Pratap Singh Bajwa on Friday night. Both are currently Rajya Sabha members. According to sources, Sidhu has met her after Sonia Gandhi's instructions.

Four working presidents will be attached with the president

According to party sources, four working presidents will also be made along with the president in Punjab. The names of many leaders are in discussion for them. The names of cabinet ministers Vijay Inder Singla and Gurpreet Kangar, MP Chaudhary Santokh Singh, MLAs Rakesh Pandey, Kuljit Nagra, Dr. Raj Kumar Verka and Sukhwinder Singh Danny are being mentioned ahead.