Farmers Protest: Delhi Police said that permission will not be given for demonstration near Parliament House under Covid Protocol, consider farmer leaders

It has been said on behalf of Delhi Police that the demonstration of farmers cannot be allowed under the Corona Protocol.

Delhi Police has asked to reconsider the farmers' protest near Parliament House on July 22. It has been said by the Delhi Police that farmers' demonstrations cannot be allowed under the Corona Protocol, due to which they should reconsider their announcement. 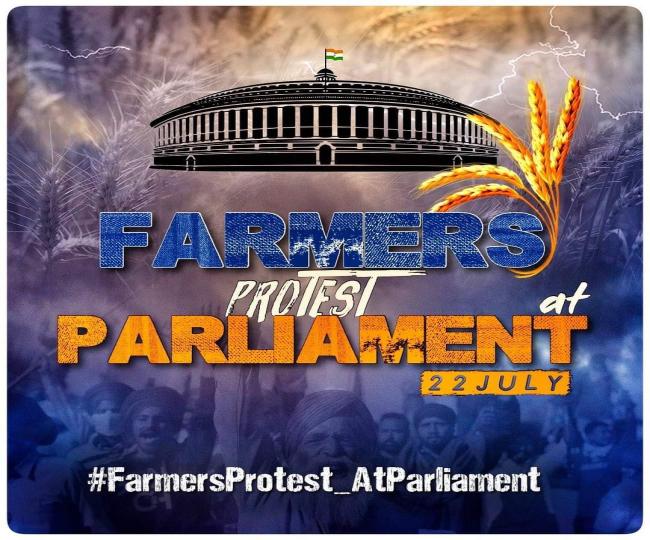 He said that farmers will now march towards Parliament. For 8 months, the farmer has been sitting on the movement against the agriculture law. But despite this, the BJP government, drunk with power, is not ready to listen to the demands of the farmers. The central government wants to snatch the land from the farmers through law. This will never be allowed to happen.