The US has again launched a drone attack on Islamic State terrorists in Afghanistan.

The US has again launched a drone attack on Islamic State terrorists in Afghanistan.In this attack on Sunday in Kabul, the US has targeted suicide bombers traveling in an explosives-laden vehicle.According to the report of the news agency AP, this suicide squad of IS was going to attack the international airport in Kabul where the evacuation operation of American troops is going on.This strike has been confirmed by the US.The US military carried out a self-defense drone strike on a vehicle in Kabul, an official statement said. 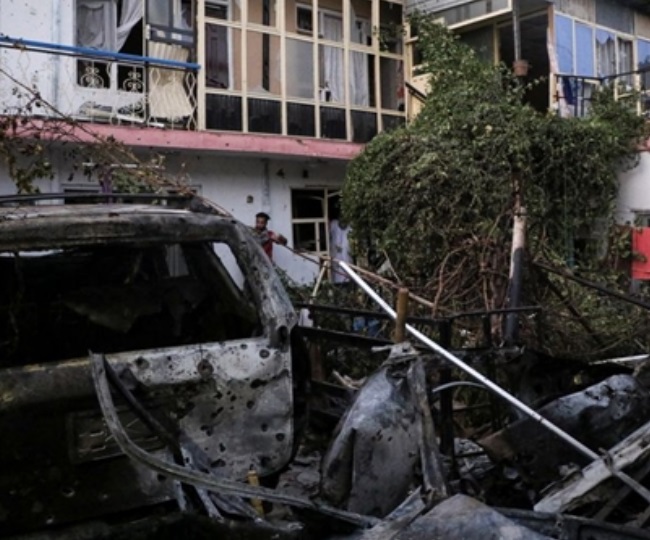 A major threat averted from ISIS-K

US Central Command spokesman Captain Bill Urban said – US military forces targeted a vehicle in self-defense in Kabul with a drone.Due to this action, a major threat of attack from the Islamic State on Hamid Karzai International Airport has been averted.We were able to hit the target.We had received inputs that the vehicle contained a huge amount of explosive material.We are alert about the dangers to come.

Earlier, Taliban spokesman Zabiullah Mujahid said in a message to reporters that the US had targeted the suicide bomber.The attacker was traveling in a vehicle loaded with explosives.On the other hand, two US officials, keeping their names a secret, said that the attack was successful.The attack was followed by a huge explosion, which clearly indicated that the vehicle was loaded with explosives. 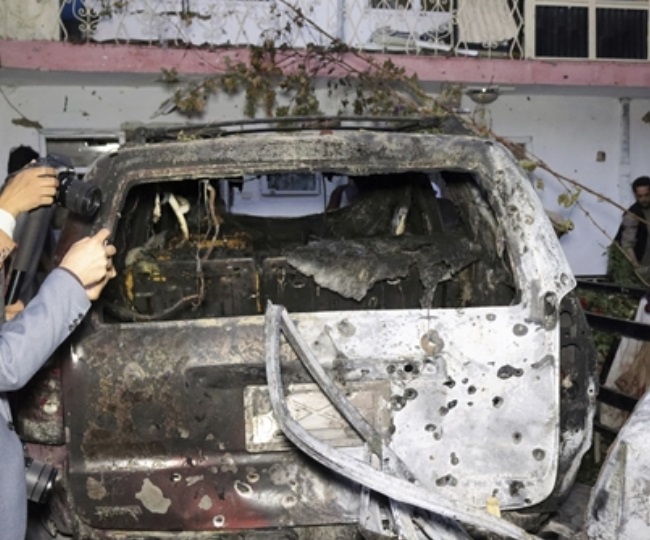 rocket attack turned out to be a drone strike

Earlier, there was talk of a rocket attack on a residential area near the airport, in which a child was killed, but later it turned out to be a US drone attack.No information has been received about the death of any civilian or child.

Second attack against IS within two days

This is the second US attack against IS terrorists in two days.On Thursday, when the Islamic State-Khorasan (IS-K) suicide attack on Kabul airport killed 192 people, including 13 American soldiers, the US warned of revenge.Biden had said that the culprits would be found and killed.The next day i.e. on Friday night itself, the US killed two IS terrorists who were plotting the Kabul attack by a drone strike in Nangarhar province near the Pakistan border. 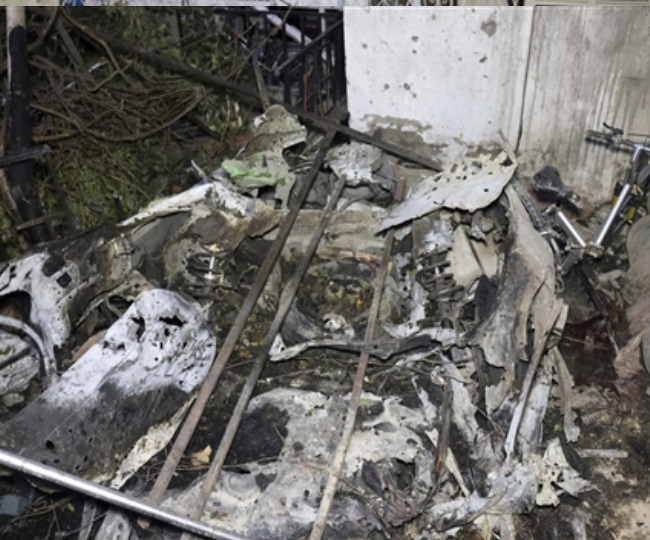 There was fear of terrorist attack

America has no right to attack after August 31

Meanwhile, Taliban spokesman Suhail Shaheen said that after August 31, the US will not have the right to carry out attacks in Afghanistan.According to the news agency ANI, it has been said in the statement that the government formed under the leadership of the Taliban will stop any such attack.The Taliban also condemned the US drone strike in Nangarhar province.

According to the news of Reuters, terrorists killed two Pakistani soldiers on the border of Afghanistan on Sunday.The Pakistani army said that it has also killed two to three terrorists.The incident took place in the Bajaur district of Pakistan.This is the first such incident since the Taliban took over Afghanistan.

Taliban not paying attention to ISIS Khorasan but threat huge

Farmers will not enter Delhi during Bharat Bandh, rail will stop in Punjab, Rakesh Tikait will picket here

Amala Paul with new beach pictures; And stars with comment

Bday Special: Recognition from Bigg Boss 12, see the most glamorous pictures of Srishti Rode ever

SIMMA Awards 2021: From Shruti Haasan to Raai Laxmi, the beauties add glamor of south on to the red carpet