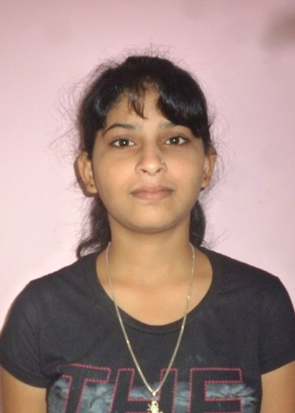 Fatehpur Illegal Religious Conversion: Foreign Maulana sometimes describes himself as a resident of Bangladesh and sometimes a powerful citizen of Nepal.

In the name of providing religious education, he brainwashes minor Muslim children and runs a school to implicate the girls of Hindu religion in his love.

Fatehpur.Another big case of illegal religious conversion has come to light in Fatehpur district of UP.Abdul Majeed Khan, a member of Ghazipur Badi Masjid Committee, has alleged in a complaint letter to SP Rajesh Kumar Singh that foreigner Maulana Hafiz Firoz Alam, hiding his identity, is running a school of illegal conversion by staying in his village for the last 15 years.Foreign Maulana sometimes describes himself as a resident of Bangladesh and sometimes a powerful citizen of Nepal.In the name of providing religious education, he brainwashes minor Muslim children and runs a school to implicate the girls of Hindu religion in his love.Not only this, he has also got married to Muslim youth by forcibly converting the girls of many Hindu families by giving inducements.

Surprisingly, for the last 15 years, the foreign Maulana has beenrunning a nefarious school ofillegal conversionin Ghazipur by hiding his identityand the police-administration did not even notice it.In this case, apart from the local police, the district's IB and LIU also failed to locate Maulana's religious school.This case of illegal conversion is of Ghazipur town adjacent to Fatehpur city.The members of the Badi Masjid Committee also allege that they have complained about this matter to the station in-charge, CO City and SP, but the police has not taken any action against the foreign Maulana.

Maulana arrested, after the matter came to the media, instead of registering an FIR on the complaint of the complainant Abdul Majeed Khan, the police station in-charge Neeraj Kumar Yadav himself has filed a case against the accused Maulana arbitrarily by becoming a plaintiff.After registering the case, the police arrested the accused Maulana and started investigation.If sources are to be believed, there is no mention of illegal conversion in this case registered by the police.

ASP said this,ASP Rajesh Kumar said that the joint team of police, in their initial investigation, found that the accused Maulana is a resident of Nepal.He came to Fatehpur 15 years ago and stayed here and received Islamic education from a madrasa.After this he became the Pesha Imam of Badi Masjid of Ghazipur town.According to the police, the accused Maulana had illegally obtained citizenship of India by obtaining all government documents including identity card, Aadhar card, PAN card, visa in this case.A case is being registered against it under appropriate sections and investigation is being done.

Umar connection cannot be denied,let us tell you that Umar Gautam, who is in jail on charges of illegal conversion, is originally a resident of Panthua village in Fatehpur district.In such a situation, the Umar connection cannot be denied even after the name of Maulana Hafiz Firoz Alam, a foreigner who has been running a school of illegal conversion for the last 15 years by hiding his identity, comes to the fore.

This is not the first case of conversionThis is not the first case of illegal conversion in Fatehpur district.Even before this, a big case of religious conversion had come to light from Nurulhuda English Medium School in the city.Former teacher Kalpana Singh, who taught in the school, had alleged that Hindu children were taught Kalma in the Nurulhuda school, and at the same time they were forced to convert to religion by luring them.When he protested, the school manager expelled him from the school.The teacher had also told that Maulana Umar Gautam, accused of conversion in jail, also used to come to Nurulhuda school and brainwashed people through his words and motivated them to convert.In this case, on the complaint of the former teacher, the Sadar Kotwali police had registered an FIR against three people including the accused Umar Gautam, the school manager, but even after two months, the accused could not be arrested.