The latest look of Sara Ali Khan has surfaced on social media, which is becoming increasingly viral.

Saif Ali Khan Sara Ali Khan Lunch Date: Every day Bollywood actress Sara Ali Khan dominates her more than one cool style. Recently, the actress was spotted on a lunch date with her father and actor Saif Ali Khan. During this, the bold look of Sara Ali Khan remains the talk of the town on social media.

Actually, Sara had arrived to have lunch with her father a day before Father's Day. In such a situation, everyone's eyes were stopped for Sara Ali Khan's look. In the video that surfaced, you can see that Sara appeared in short hot pants during this period. Even the pockets of Sara's shorts were visible outside.

Let us tell you that this is the first time when Sara has seen pockets from short shorts, rather than this, when Sara was spotted, she appeared in such a strange style. 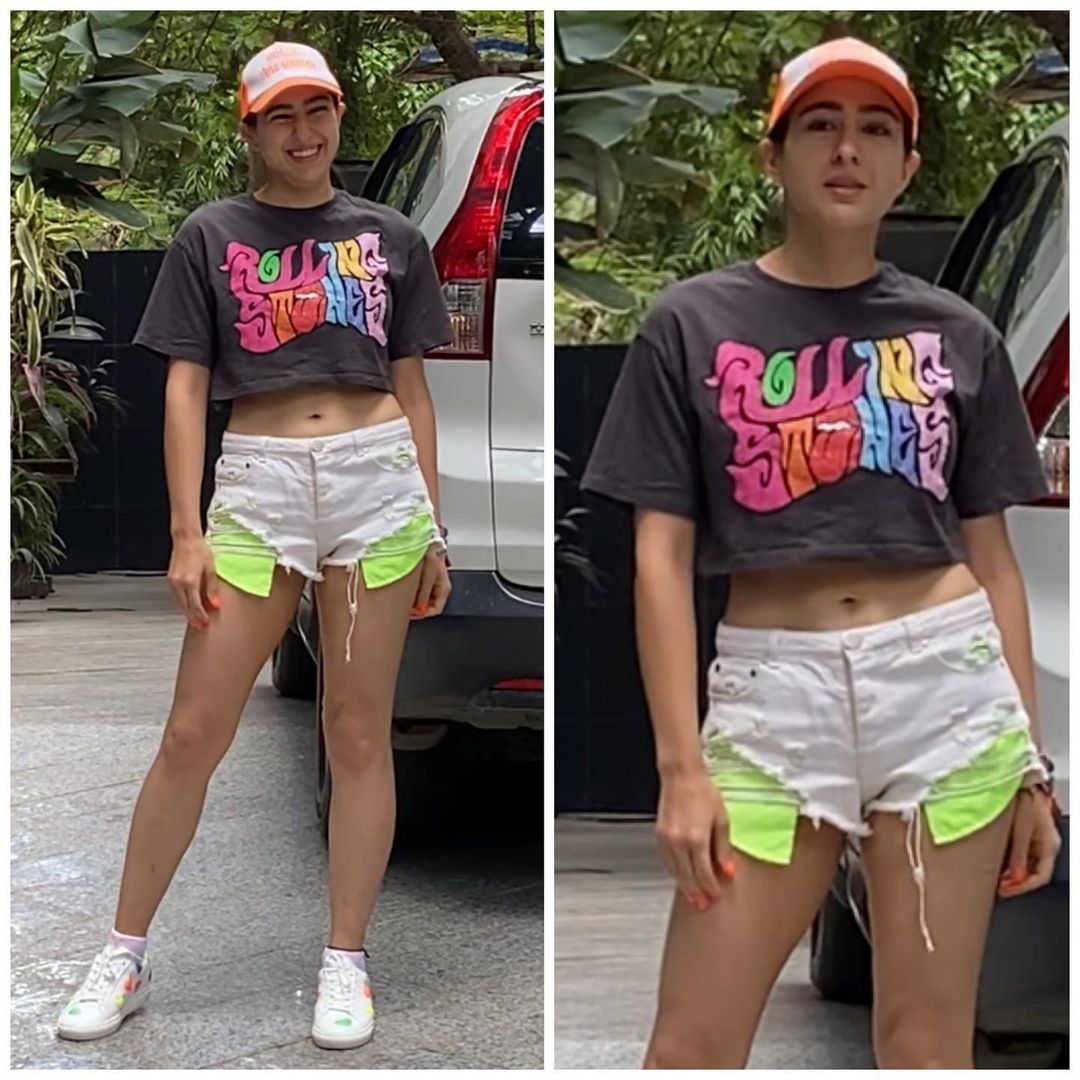 Sensation after 46 bodies found in tractor-trailer in Texas, fear of being killed during migrant smuggling...
Mayawati liked BSP's performance in Azamgarh, made this big announcement ...
CM Hemant Soren will present his side in the Election Commission today in the mining lease case...
Search for life continues from pile of rubble, 1 dead as 4-storey building collapses...

Ex-Pornhub star Mia Khalifa lifts lid on exactly how much money she rakes in on OnlyFans...
1914 Views
‘next Mia Khalifa’ hits out at icon for ‘disrespecting industry’...
359 Views
Model Jazmyne Day with 32L boobs wows in stars and stripes swimwear for US Memorial Day...
128 Views
Aligarh double murder case disclosed, with the intention of repaying the debt ...
115 Views
Big action against illegal mining in Jharkhand, bulldozers run on crusher plants in Dumka...
108 Views
Mia Khalifa wows fans with racy bathroom selfies wearing nothing but......
108 Views
© 2017 - 2022 News247plus. All Rights Reserved
English (India)
Proudly Made In India