Ranbir Kapoor Vaani Kapoor Photos: Ranbir Kapoor, who says that he has improved after marrying Alia Bhatt, is in a lot of discussion these days about his chemistry with Vaani Kapoor.

Ranbir Kapoor and Vaani Kapoor's Shamshera is going to release this month. The trailer of the film has been released which has got a good response. Especially Ranbir's look and acting are being discussed a lot. At the same time, before the release of the film, Ranbir and Vaani have made fans desperate with hot photoshoots.

In this latest photoshoot, Ranbir and Vaani are seen in a very cool style. Both have made this photoshoot quite bold with their chemistry. Sometimes sitting on the bench and sometimes standing with the help of the car, these two are in a lot of discussion about these pictures. 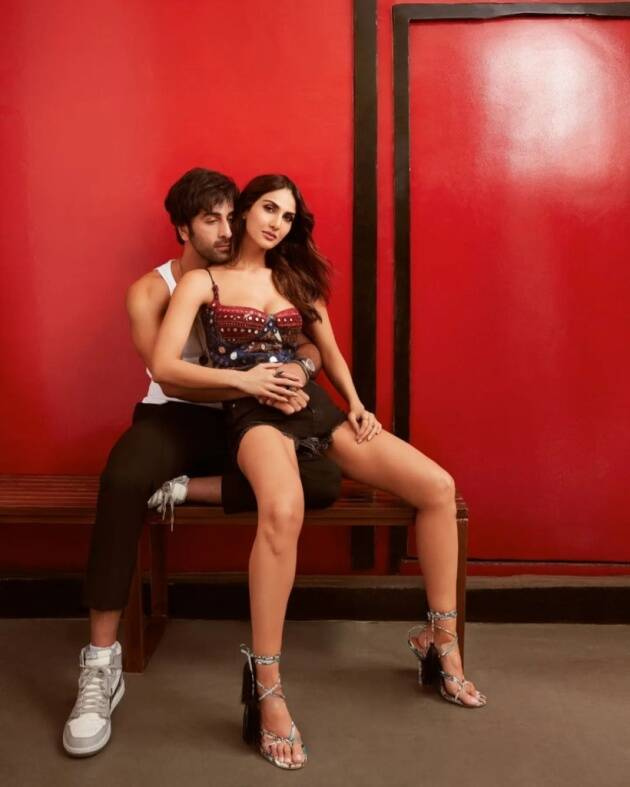 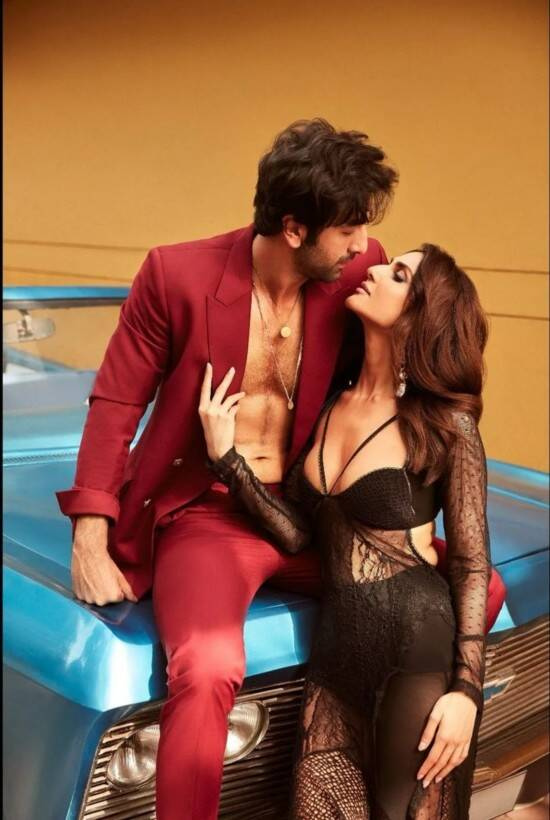 Handsome Ranbir Kapoor and her stunning and beautiful Vaani Kapoor has grabbed everyone's attention with her boldness. These pictures of them are going viral. Well let us tell you that Ranbir Kapoor himself is not on social media but he definitely remains on social media. At present, he is in discussion about Shamshera.

Ranbir Kapoor, Sanjay Dutt and Vaani Kapoor starrer Shamshera is going to release on July 22 this month. In whose promotion the stars of the film are busy with their lives. The film is based on the story of a dacoit whose role Ranbir is playing, this is the first time that Ranbir will be seen in such a role.
Same-Sex Marriage Bill Passed: Gay marriage bill passed, Biden said- 'Love is love', read the whole matter...
Vikram Kirloskar: Vice Chairman of Toyota Kirloskar Motor passed away, breathed his last at the age of 64...
Road Accident: Big road accident in Bahraich, truck collided with roadways bus, six killed, 15 injured...
Twitter: Musk became careless about Corona, removed Kovid misleading information policy from Twitter, increased concern ...
Five girls clashed for a boyfriend, fiercely kicked and punched in the fair, video viral...
Basti: The vicious man who emptied the ATM with tongs, spent three crores on his girlfriend from the stolen money...
BSF caught a bag full of weapons on the border, recovered five assault rifles, five pistols and nine magazines...
GATE 2023: IIT Kanpur released important information for GATE, now exam will not be held in these cities...

Bengali actress Aindrila Sharma passed away, said goodbye to the world at the age of just 24...
2639 Views
Santragachi Bridge will remain closed for one and a half months due to repair work, small vehicles will run...
2569 Views
Indian Railway: All Jyotirling including Somnath will be visited, it will cost only so many rupees, know details...
1431 Views
Bhawna Nanda became the topper in BPSC's 31st judicial service, credited her parents for her success...
402 Views
MPSC Rajyaseva Result 2022: Result of MPSC Rajyaseva exam released, check this way...
343 Views
Nobel Prize 2022: French writer Annie Arnoux received the Nobel Prize in Literature, pen on social inequality...
332 Views
© 2017 - 2022 News247plus. All Rights Reserved
English (India)
Proudly Made In India