Hartalika Teej fast is observed by unmarried girls apart from married women. It is believed that due to the virtuous effect of this fast, unmarried girls get the desired groom.

Hartalika Teej 2022: Hartalika Teej is celebrated on Tritiya of Shukla Paksha of Bhadrapada. On this Teej, women keep a fast and worship Lord Ganesha and Shiva-Parvati and pray for their happy married life and family happiness. This fast is observed by staying waterless and at night dances are performed to the songs of Lord Shiva and Mother Parvati. 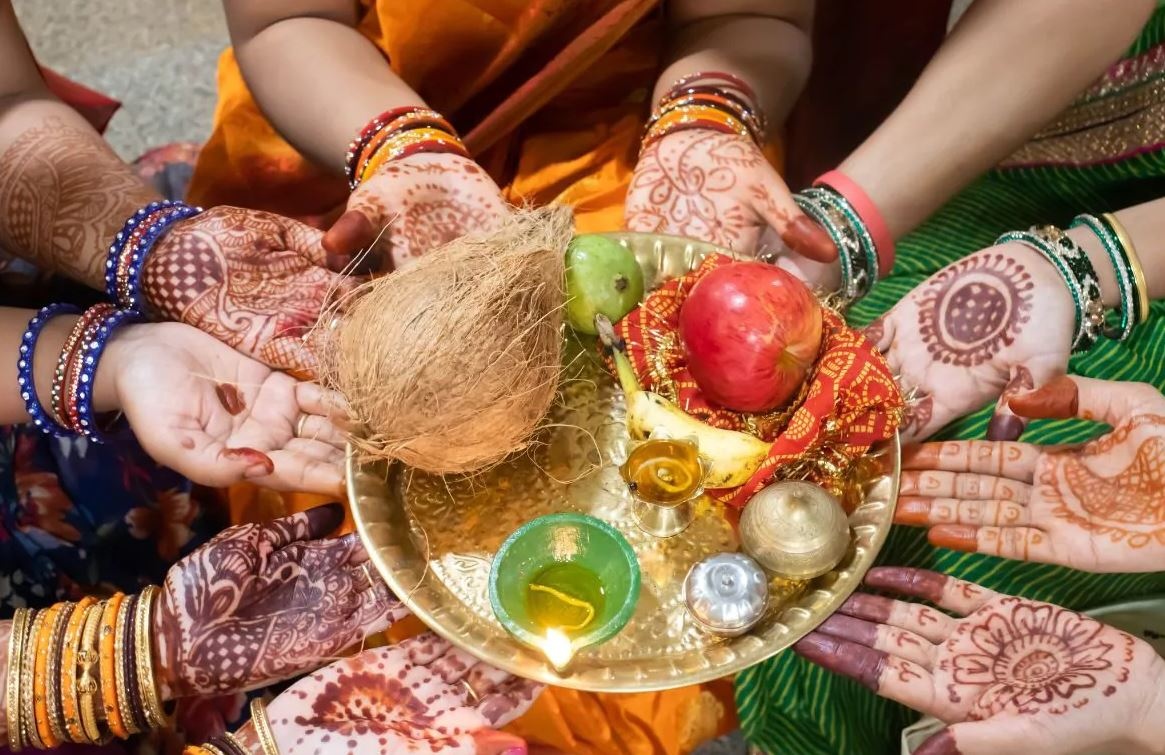 It is believed that by observing this fast one gets eternal good fortune. On this day, married women keep a fast and fast for the long life of their husband. Hartalika Teej fast is observed by unmarried girls apart from married women. It is believed that due to the virtuous effect of this fast, unmarried girls get the desired groom. This traditional festival of attachment of relationships gives color to life in the color of new zeal and love.

They worship him by making symbolic idols. Worship God with devotion with roli, rice, flowers, belpatra, coconut, durva, sweets etc. Listen or read the story of Haritalika Teej Vrat after offering clothes to the three deities. After performing the aarti, pray that our life should always be bound by mutual love like Shiv-Gauri.

According to mythological belief, Mother Parvati wanted to have Lord Shiva as her husband for many of her births. For this, he did penance on the banks of the Ganges on the banks of the Himalaya Mountains as a child. Mother Parvati did not even consume food and water during this penance. She used to meditate only by chewing dry leaves. Her parents used to be very sad to see Mother Parvati in this state. One day Devrishi Narada went to his father with a proposal for the marriage of Parvati ji on behalf of Lord Vishnu. Parvati ji's father immediately said yes to this proposal. When Mata Parvati was told about her marriage by her father, she became very sad. Mother Parvati's sorrow was not seen by one of her friends and she asked her mother about this. On which his mother told that friend that Parvati ji is doing penance to get Shiva as her husband. But his father wanted Parvati to be married to Vishnu. Be from On this, her friend advised Mata Parvati to go to the forest. After which Mata Parvati did the same and she went to a cave and got absorbed in the penance of Lord Shiva. On the third day of Bhadrapada Shukla Paksha, Goddess Parvati made a Shivling out of sand and started praising Shiva. After such severe penance, Lord Shiva appeared to Mother Parvati and accepted her as his wife.
Indian Railways: Now it is easy to reach home in Diwali-Chhath, Railways will run 179 pairs of special trains...
ED's big action in Delhi Liquor Policy case, raids on 35 locations in Delhi-Punjab and Hyderabad...
Central government wrote a letter to CJI UU Lalit, asking to nominate his successor...
Many vehicles damaged by 15 feet deep pit on Purvanchal Expressway, opposition said - proof of corruption...
Phone Bhoot: Phone Bhoot teaser out, Katrina Kaif makes Siddhant and Ishaan Khattar dance on her fingers...
Gyanwapi Case: What is Carbon Dating? Information about 50 thousand years old objects is also available...
Preparations for big layoffs in Facebook, jobs of 12,000 employees are in danger: Report...
Delhi to Patna airfare tripled on Diwali and Chhath, Pooja special train will run for these cities...