Ananya Panday Photos: Ananya Panday was running in the promotion of Liger for a long time but now the film has also flopped after its release. In such a situation, it seems that Ananya Pandey is on Italy vacation to remove the stress.

Ananya Pandey is on vacation these days, that too far away from India in Capri, Italy where she is seen enjoying a lot. She has shared special pictures of her holiday on Instagram, in which she is sometimes seen enjoying ice cream and sometimes wearing a bikini and chilling on the seashore. 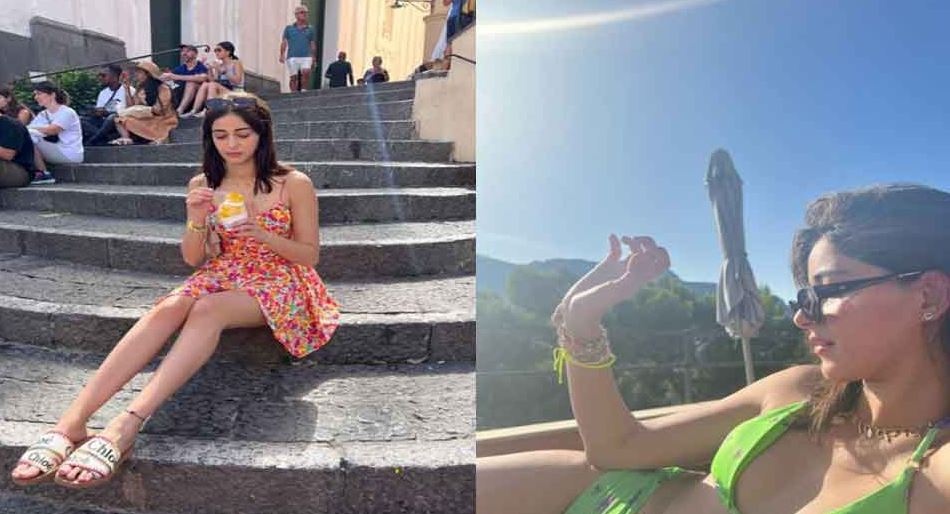 As soon as Ananya shared these pictures on social media, it did not take long for them to become viral. Ananya is seen sunbathing wearing a green bikini. Also flaunting her perfect abs.

Ananya is in a mood to relax completely, so she chose Capri, Italy, one of the most beautiful places in the world, where she is seen enjoying delicious food and sometimes posing smartly.

By the way, let us tell you that recently Ananya Pandey's Liger was released, which has been a flop at the box office, this film will have such a fate that both Vijay Deverakonda and Ananya did not know. At present, she is focusing on vacation to overcome this stress.

Wildfires: Temperature rises due to fire in Chilean forests, 750 hectares of forest wealth burnt to ashes...
Wheat-Rice Subsidy: US Senator demands from Biden administration, end subsidy on wheat-rice in India...
US Firing: American councilor shot dead in car outside his house, police engaged in investigation...
Ukraine: Ukraine desperate to join the European Union, Zelensky said - we deserve it; UK made this announcement...
BBC documentary: BRS student wing members taken into custody were planning to screen the documentary...
21 lawyers wrote a letter to President Murmu, opposing the recommendation of the Supreme Court Collegium...
Captain Amarinder said on the speculation about being made the Governor of Maharashtra - I do not know anything about it...
Foreign funding case: Islamabad High Court dismisses PTI's petition against ECP's decision...