The MDA finally fired a bulldozer on Luxurious Bungalow of Baddo STF and UP Police's Most Wanted Criminal Prize 2.5 lakh prize money Badan Singh Baddo. On Thursday, only 60 per cent of the Bungalow in Punjabibpura in Tipinagar has been broken. Police force was deployed to break Baddo's cell. Apart from MDA officers, SSP to SP City and two ASPs were present on the spot. Baddo is going to finish two years running away from police custody. The police are still not able to find his clue. The police have taken a big action to land Bungalow after attaching Baddo's property. 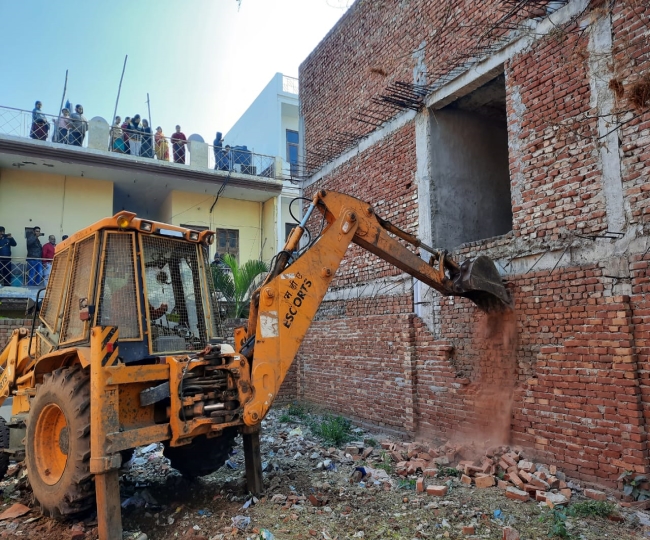 Badan Singh Baddo, originally a resident of Punjabibpura Meerut, was presented by the Farrukhabad Police in Ghaziabad Court on 28 March 2019. Vicious had arrived with the police under the Baddo Planning at the Mukut Mahal Hotel on Delhi Road, Meerut, from where policemen escaped unconscious during the liquor party. Baddo's absconding was filed at Brahmapuri police station. Apart from UP police, STF was put in place to capture Baddo. Even after that, there was no clue of Baddo. The police had sent the accused, who had cooperated in Baddo's absconding, to jail. Still no action has been taken against Baddo's female friend. The Brahmapuri police attached the property of Luxurious Bungalowat Punjabo in Baddo on November 7. The MDA then on Thursday fired a bulldozer to land Luxurious Bungalow in Punjabipura in Baddo. Two bulldozers and 20 laborers were deployed on the first day, Which has been able to break 60 percent of the Bungalow in the whole day. A large number of police forces, including MDA Deputy Collector Manoj Singh, SSP Ajay Sahni, SP City Akhilesh Narayan, ASP Krishna Vishnoi, Suraj Rai, were present during the launch of Bungalow. 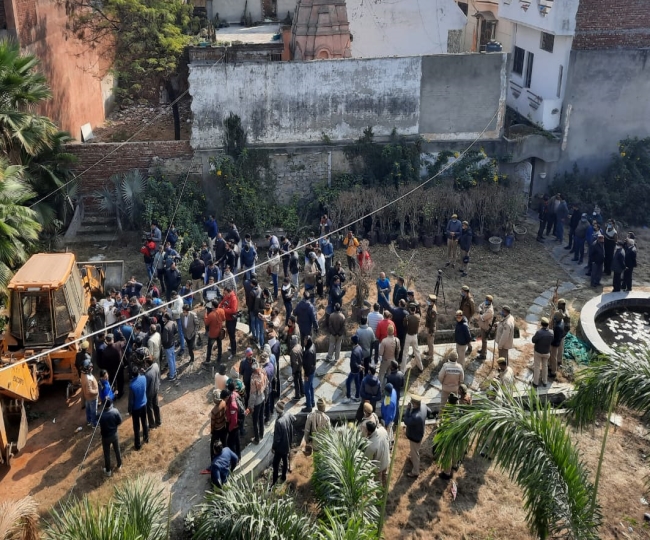 Thousands of people gathered at Baddo's dhoti in Punjababipura. People from the roofs of their houses were watching the Bungalow being grounded. Actually, Baddo had made an Luxurious lawn in Beripura behind Bungalow. The bulldozer was entered from the same lawn and taken to Bungalow, after which the work of the Bungalow was started.

Five notices given for breaking Bungalow

Kaddeep Kaur, sister-in-law of Baddo, was given five notices after Bungalow  was set up. Three notices MDA and two notices were pasted at the main gate of Bungalow by the police. After that Kuldeep Kaur could not answer any notice. A suit was filed in the commissioner's court on behalf of Kuldeep Kaur, which was quashed during the hearing. 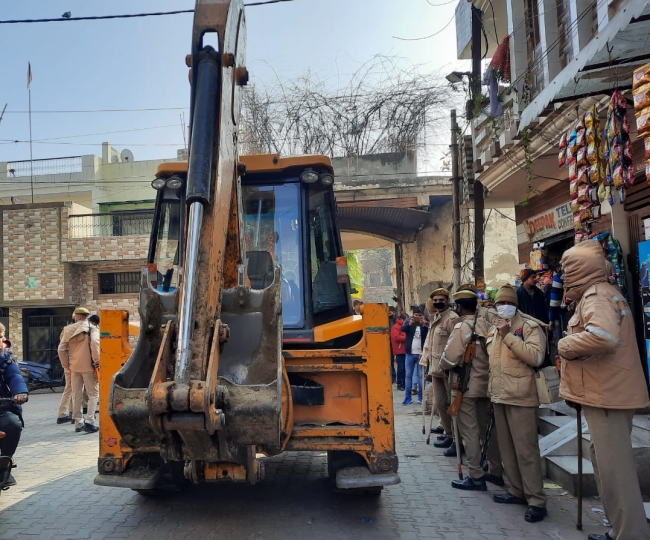 What did the police officer say

Strict action is being taken on the direction of the government on Baddo's absconding. Police attached the property two months ago. On Thursday, the force was sought by the MDA to land Bungalow. Police forces have been provided under the leadership of SP City and other officers, more than half of the building has been razed. The police team has been deployed at night for security.

Another Feather in UP's Cap: UP creates opportunity in disaster, India's second largest state in GSDP

UP Budget 2021: View full budget on your mobile, download this app from play store

A shocking incident occurred in Hapur, the criminal entered the house and threw acid on the girl, causing chaos

Rubina Dilac's bold avatar in the discussion after winning the BB-14 trophy, wreaked havoc in bikini

Tennis: Sania Mirza returns to WTA circuit with a win in Doha

Mahashivratri 2021: Take care of these 5 things in the worship of Mahashivratri, do not offer these things to Lord Shiva