Chaudhuni and Lakkha are provoking people against Delhi Police, said - take hostage if you come to arrest

On Friday morning, he issued an objectionable video and appealed to the people that if anyone comes to Delhi Police notice to join the inquiry, then they should not go to join the investigation.

Farmer leader Gurnam Singh Chaduni is inciting people against the Delhi Police investigating the violence, disturbance, and anarchy in Delhi on Republic Day. On Friday morning, he issued an objectionable video and appealed to the people that if anyone comes to Delhi Police's notice to join the inquiry, then they should not go to join the investigation. If the police come home to arrest them, they should be taken, hostage. On the other hand, Punjab gangster Lakkha Sidhana, accused of a Rs 1 lakh prize money laundering and another case, has also openly challenged the Delhi Police through internet media. Lakha has said that he is going to meet in Bathinda, Punjab on the next 23. If the Delhi Police has the capability, they will come there and arrest and show it.

Delhi Police has raised objection to the above statement. The senior police officer says that the police is doing its work according to the law. The police will not miss out on taking the appropriate decision at the right time. According to the information received from the police, Chhooni released a video at 9 am on Friday and questioned the functioning of Delhi Police. In the video, Chaduni has said that Delhi Police has started action against the farmers who took part in the tractor parade in Delhi on 26 January. Notices are being sent to people whose pictures have come in the camera or the number of the vehicle has come. Many people have already been kept in jail by the police. Those who are going to the police are being arrested by the police.

Appeal not to go on notice

He appealed to the people not to go to any police notice. If policemen come to raid or arrest their house, then they encircle them. Gather people from all over the village and neighborhood and keep policemen hostage there. Do not leave them till the district administration comes and assures that Delhi Police will not enter their village again. He also appealed not to commit any excesses to the policemen, feed them. But, do not leave until the district administration arrives. Such excesses will not be tolerated at all. There is no more treatment left for Delhi Police. Start encircling them everywhere. 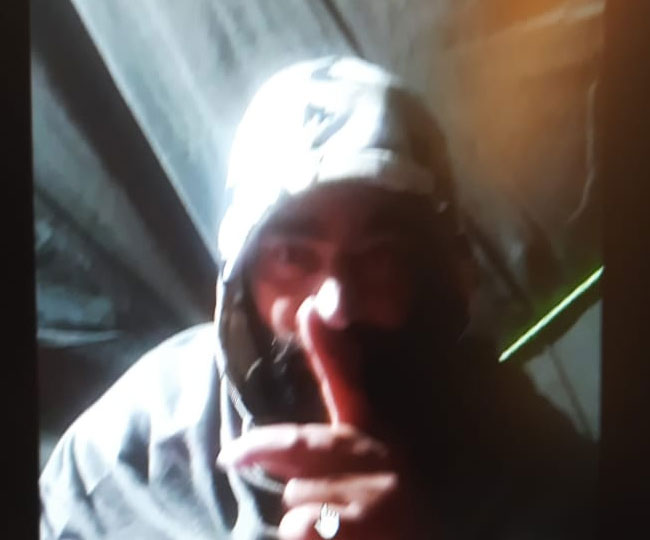 On the other hand, Gangster Lakkha is also continuously inciting people against the police by releasing videos to people and through internet media. In order to hold a meeting in Bathinda, he has particularly appealed to the youth to come to the meeting in maximum numbers. He has challenged the Delhi Police over his arrest. There are 20 criminal cases against him in Punjab, some of which have been acquitted.

Police had earlier announced a reward of Rs 1 lakh each on Jugraj Singh, Gurjot Singh and Gurjant Singh and Rs 50,000 each on Jagbir Singh, Buta Singh, Sukhdev Singh and Iqbal Singh including Punjabi actor Deep Sidhu in the Lalkila case. Among them, Delhi Police has arrested Deep Sidhu, Iqbal Singh and Sukhdev Singh. Raids are on against five other rewarded miscreants. Later, the police also placed a reward of one lakh rupees on Lakha. The police suspect that he is hiding among the evaders on the Singhu border.

Delhi Coronavirus Alert! 14 days quarantine is necessary when coming to Delhi from Andhra Pradesh and Telangana

In Delhi High Court, the hospital said - Every day one or two deaths are happening here, give us oxygen

Free ration for 2 months in Delhi, auto taxis will get 5 thousand rupees

Corona: Fights over oxygen supply in foreign embassies Jaishankar and Jayaram, MEA appeal not to hoard

COVID-19: NHAI will remove oxygen shortage in Bihar, oxygen plant will be set up in these 15 districts

CRPF Recruitment 2021: Recruitment of 50 posts in Central Reserve Police Force, will be selected from walk-in-interview on May 13

Jobs and Recruitment      6 hours ago